You may have travelled overland, but as the earth is 71% water — you still have a lot of exploring to do! On Workaway there are countless opportunities around the world which offer the chance to explore the depths and to witness the beauty of the blue. Marine protected areas are often regarded as exclusive locations, accessible to very few.

We have hand picked a variety of Workaway hosts we love, located in 6 prime regions spanning 5 continents(!) – perfect for the true water babies among us who are happiest to be close to the ocean, and are keen to play a part in protecting our wonderful seascapes! ✨ 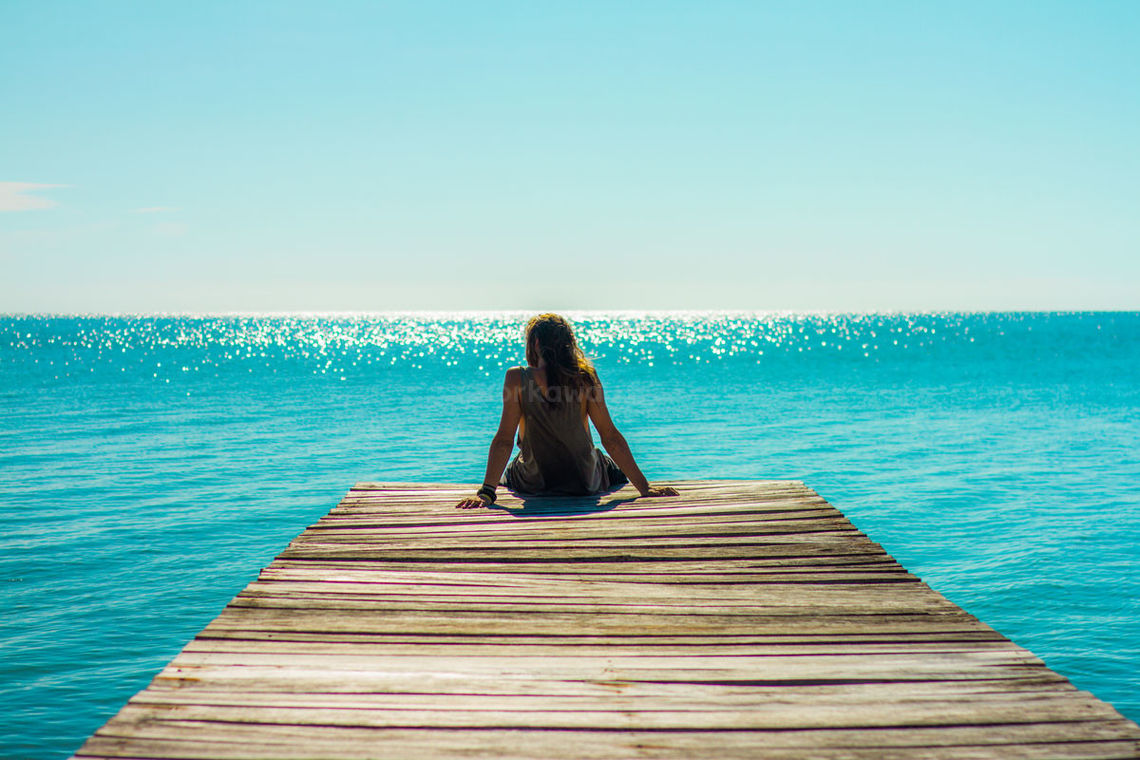 Turtles spend almost all their lives at sea, but the females head to the shore when it is time to lay their eggs. Many species even return to the same beach they were born. Costa Rica is a turtle nesting heaven as both Pacific and Carribean coasts witness turtles hatching every month of the year. Help out at a non-profit marine turtle conservation programme situated at a stunning island location on the Caribbean coast and surrounded by “The Amazon of Costa Rica” – a mangrove rainforest, rivers, canals and lagoons. Largely unspoilt, the area offers much wildlife and can only be reached by boat from the mainland. Volunteers contribute to the improvement of the living conditions and the education of the local inhabitants, with the possibility of going on to participate in night patrols for turtles and work with hatchlings.

If you love the ocean, you’ll want to protect it! Why not join this host at El Paredón beach on the Pacific Coast of Guatemala to help develop environmental education activities and improve conservation? Work with turtles and hatcheries, monitor wildlife, learn about artisan fishing techniques whilst you observe the ecosystem of the mangrove and the coast.

This small ocean education initiative in Montserrat is calling all lifeguards, swim instructors, marine biologists, event planners, and outdoor education specialists of all sorts– our oceans need us! Get involved and work together to inspire the next generation ocean advocates; assist the host with local water excursions and ocean education. Skills in underwater photography would be perfect as well! In exchange you’d not only have the opportunity to explore and discover new beaches, you would also get to know the local fishermen and divers, learn about the marine life, and even learn how to catch and cook lion fish. Following damage caused by volcanic eruptions over the years, biologists have observed that marine life is returning to the area. It’s very likely for you to bump into hawksbill turtles, dolphins, nurse sharks, rays, puffer fish, eels, squid, flying fish or sea horses amongst many other amazing sea creatures when you are below the surface!

2. South America: Galapagos Islands – with its weird and wonderful creatures!

How can we not have the dream location of the Galapagos Islands in Ecuador on our to-go list? Declared as an UNESCO World Heritage Site, this archipelago of volcanic islands is home to an amazing range of both land and sea creatures. In fact it’s so impressive that Charles Darwin was inspired to write “On the Origin of Species” outlining his theory of evolution based on his research there.

Stay on the oceanfront on San Cristobal Island , helping out with childcare and household chores, but with time to explore the area in your free time. The hosts work in tourism and they’ll be able to guide you to the best activities and sights as well as having an office full of adventure gear (kayaks, bikes, paddleboards, etc.) that will be at your disposal. There are many nearby snorkelling spots, Loberia beach with its sea lions and iguanas and the Galapaguerra Giant Tortoise Breeding Center. If you fancy it you can opt for island hopping day trips to the snorkelling paradise of Kicker Rock, the uninhabited Española island to see the Waved Albatross and Punta Pitt to say hello to the “Red Footed Booby” birds. Overnight stays to Santa Cruz, Isabela and Floreana islands are all at your fingertips when you are there.

Lake Baikal, Siberia, Russia (yes Russia!!) is listed as one of PADI’s seven wonders of the underwater world, and is claimed to be the oldest, the biggest and the clearest as well as largest freshwater lake. Home to thousands of plants and animals which cannot be found anywhere else in the world, in 1996 it was also declared as another Heritage Site by UNESCO. It offers both scientists and divers a treasure trove of flora and fauna, thanks to it being a location which is remote and perhaps overlooked in the past.

Volunteers and teachers are needed to help out at an international summer camp situated on the biggest island on Lake Baikal , Olkhon Island. Activities are organized around the island to explore the natural environment, including climbing, windsurfing, free-diving, yoga, paragliding and caving! 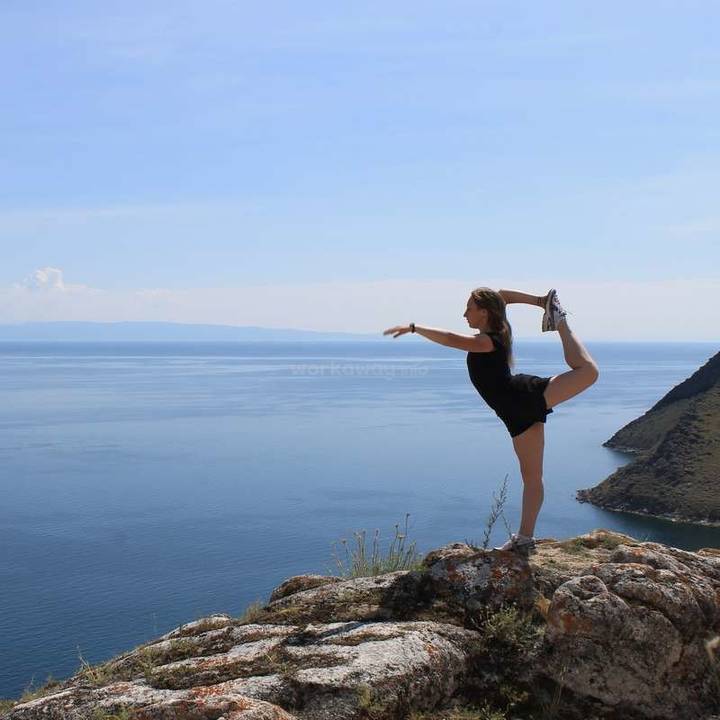 Known as the “underwater garden of Eden”, those who get to explore the Northern Red Sea, Egypt have the privileges to enter into an underwater paradise of 1,000 varieties of fish, with more than 1,000 species of invertebrates and aound 400 types of coral! Help out at this eco friendly diving school in Nuweiba with beach clean ups, cooking and renovation– it comes with the perks of staying in one of the camp beach huts where you’ll be surrounded by turquoise water, spectacular coral reefs, mountains, canyons, and desert all at the same time. It’s scuba diving and ultimate underwater experience with a taste of Bedouin culture! Need we say more?

Head further South for an adventure on the banks of Lake Malawi and help to develop an eco lodge in what is officially the poorest country in the world. The lodge is run by host Riki, a retired human rights lawyer, who is committed to protecting the natural environment as well as providing education and meals to disadvantaged children. It has its own private beach which is located at the Eastern end of the Lake. The host is also involved in various projects and programmes such as environmental education and advocacy, litter control, reforestation, protection of fish breeding areas and the surrounding forest reserve. 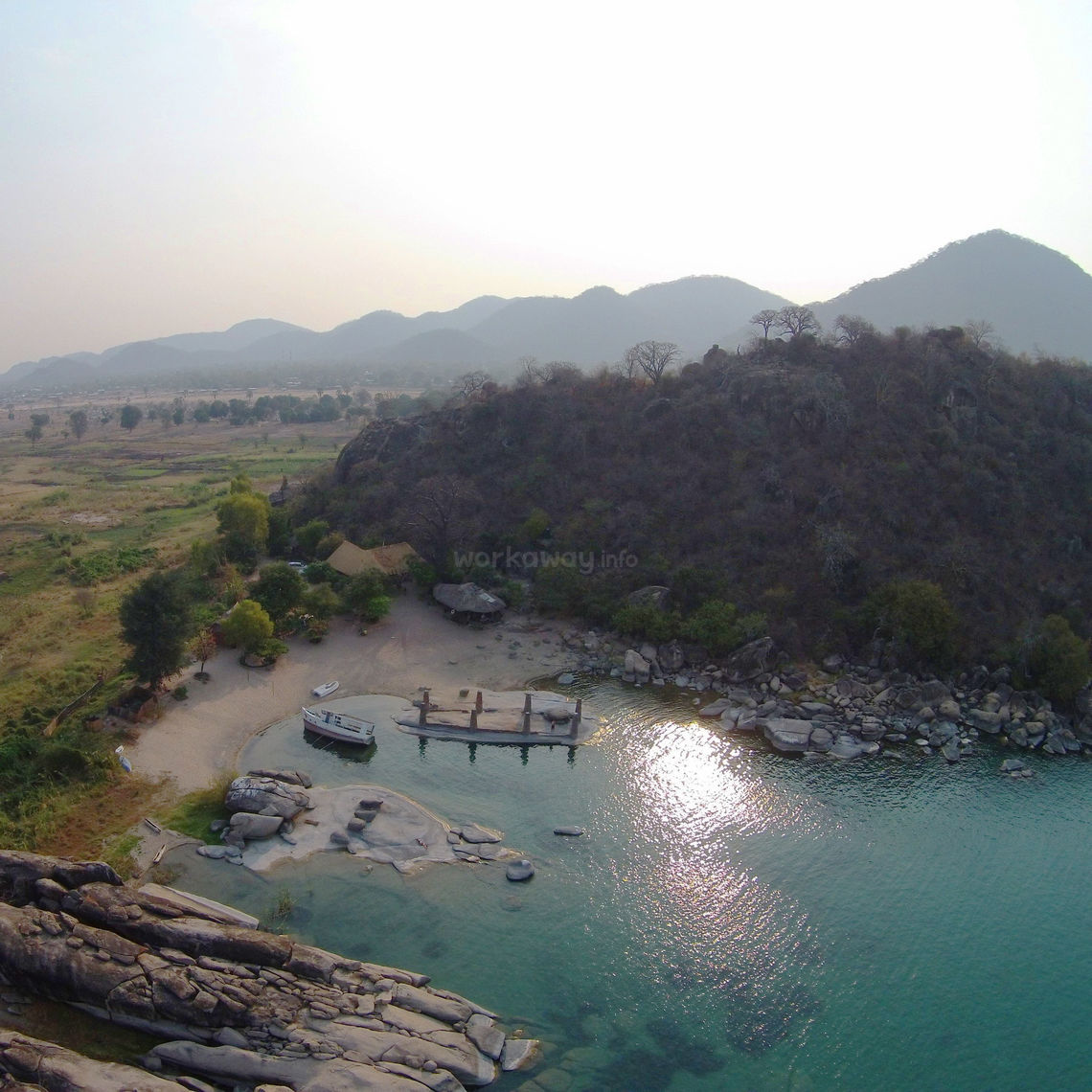 Lake Malawi offers the unique opportunity for divers to submerge into the crystal clear water and swim freely with 1,000 plus different species of brilliantly colourful tropical fish, especially the stunning cichlid fish. Many varieties have evolved within the safe confines of the lake and are unique to this eco-system. Not surprisingly, the area has also been declared as a UNESCO World Heritage site and occupies natural parkland and reserves, meaning that fishing is controlled and the water is protected from pollution. There are more than 10 main dive sites to explore. And for the more curious ones, night dives allow you to see the nocturnal fish of the lake, including a striking species known as dolphinfish (mani-mahi). 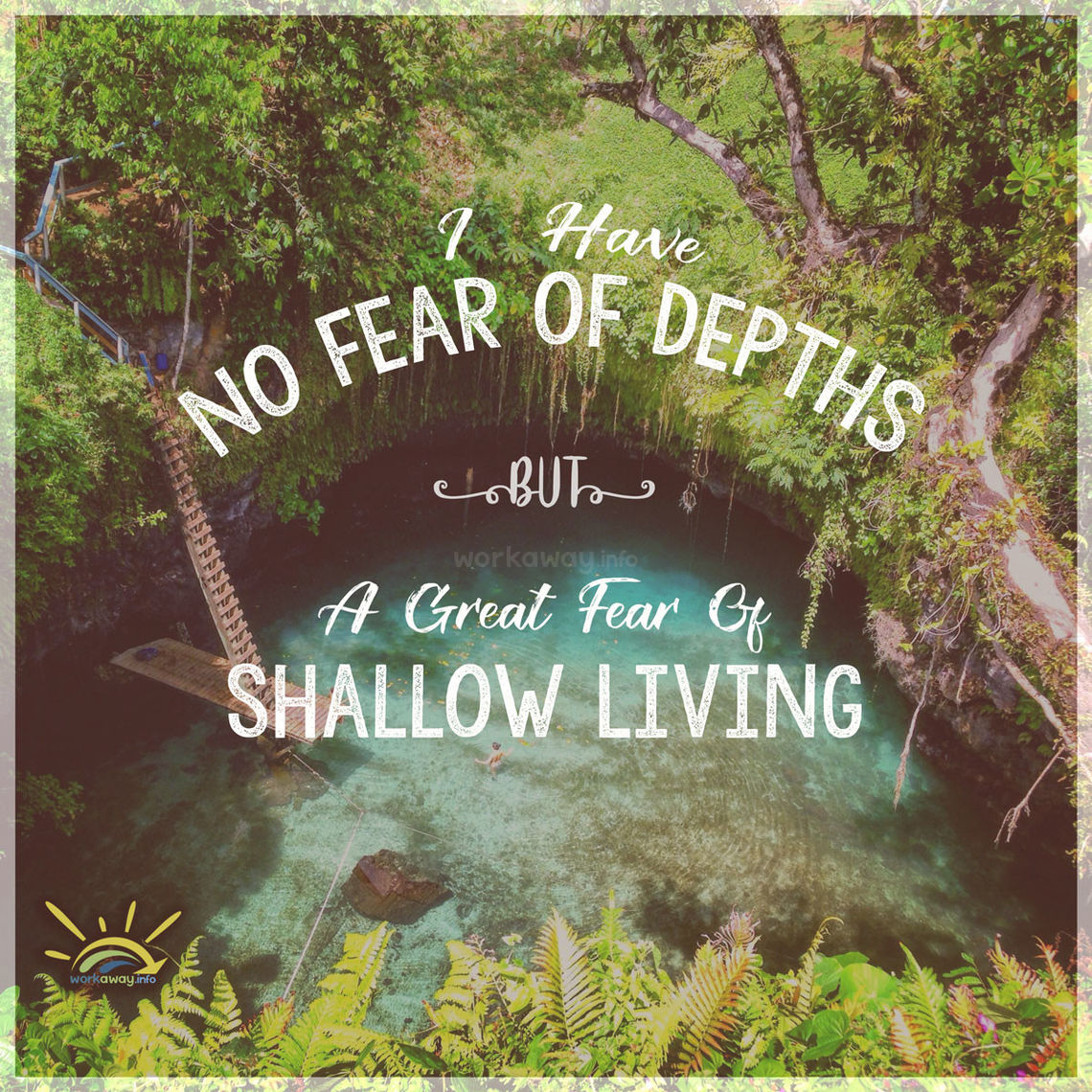 5. South East Asia and the “Amazon of the seas”

A global priority for conservation of the Coral Triangle, otherwise known as the “Amazon of the Seas”, covers 5.7 million km2 and refers to the waters in the western Pacific Ocean surrounding Indonesia, Malaysia, the Phillipines, Papua New Guinea, Timor-Leste and the Soloman Islands. It is the home to over 2000 different types of reef fish swimming around 600 different species of coral. It is a feeding and breeding ground for tuna, whales, sharks, dolphins, whale sharks and is the habitat of six of the world’s seven species of sea turtles– can you imagine how impressive the marine life here is?

Here is our small selection of palm-fringed paradaisical Workaway locations to whet your appetite: 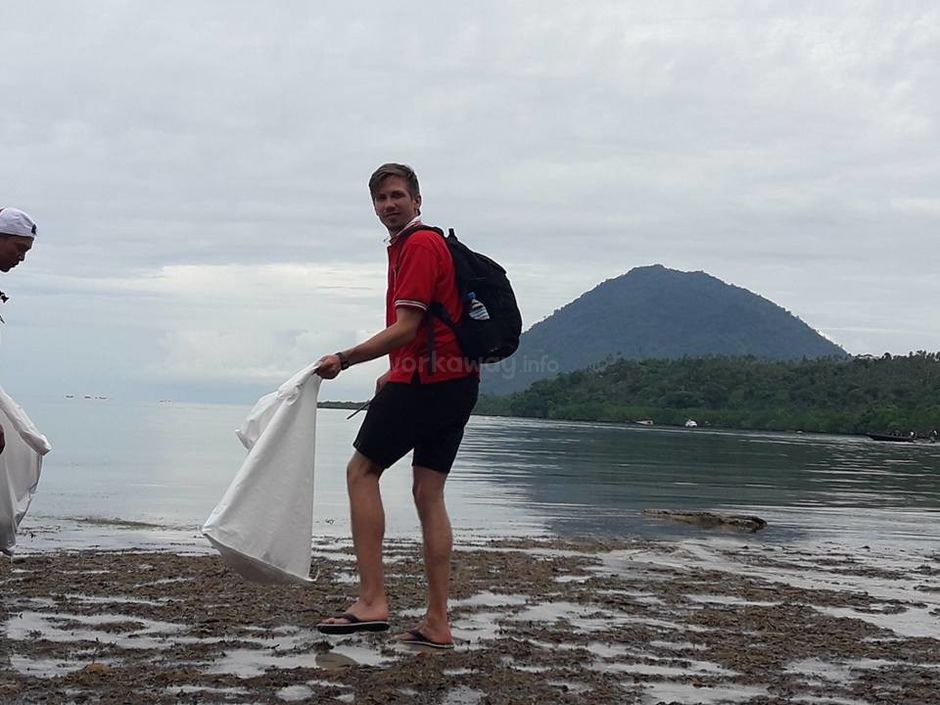 Cleaning up plastic waste along the coast of Manado, Sulawesi

Collaborate with a local NGO in Manado, Sulawesi and help them with their marine and coastal conservation work!

Hosts at another tropical island paradise in Palawan are looking for experienced marine biologists or conservationists .

Or, meet Thad, who will take you snorkeling and diving at the marine sanctuary , where you can help to clear the reef of rubbish whilst you explore. 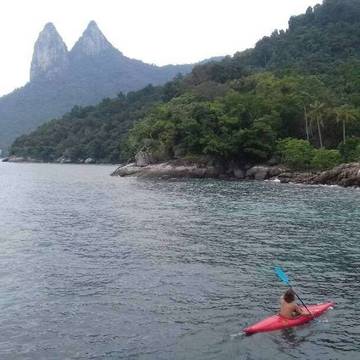 Tioman island is a paradise for those who love nature and water sports!

Also the paradise campsite on Tioman Island happens to be looking for volunteers. Poor things will have to live on the beachfront and put up with a waterfall in their backyard and jungle on their doorstep. Oh well!

Help with tourists at a fun dive centre and bar on Koh Tao , whilst enjoying your free-time diving at discounted prices!

6. Australia: The one and only Geat Barrier Reef

We cannot possibly leave out the largest coral reef in the world, so last, but not least, is the Great Barrier Reef. Born around 18 million years ago, the Great Barrier can even be seen from space. A mecca for any ocean lover, due to its infinite underwater gardens and colorful sea life. Get a chance to encounter the largest cetaceans: whales, dolphins, porpoises and whale sharks on the Ningaloo coastline (with visits from migrating Humpback whales twice a year) and the stunning Houtman Abrolhos Islands (A-Class Reserve  and Conservation area) whilst helping a dynamic group of experienced divers who operate a successful WHALE SHARK tour company . What an opportunity! 💙 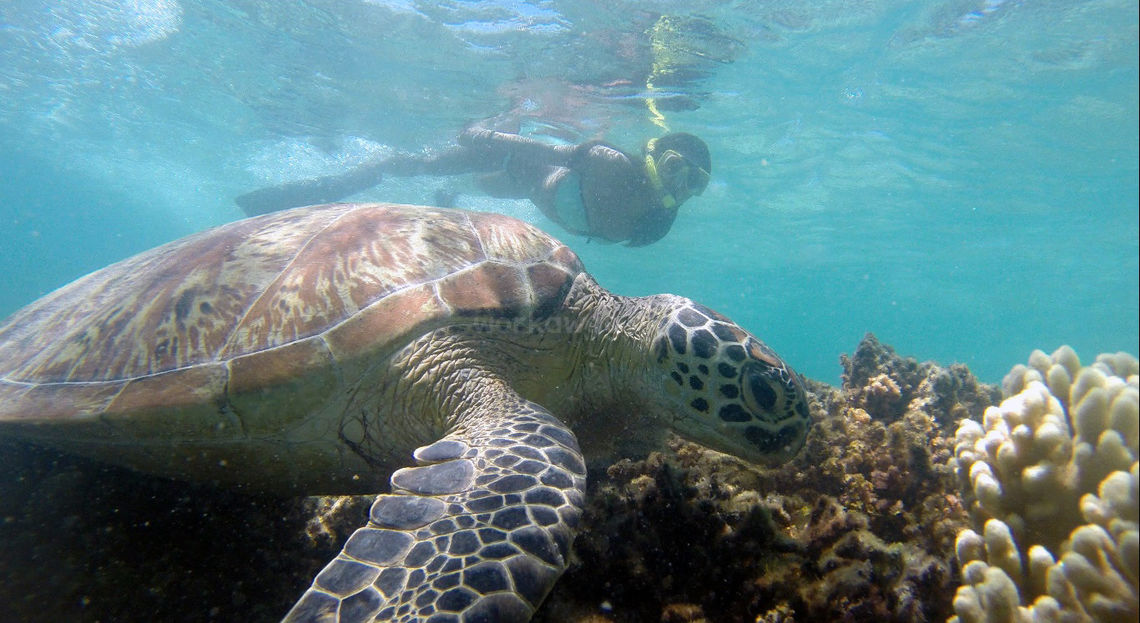 So, now we’ve done all the hard graft research, there is no excuse! Don’t just spend another day abroad taking pretty photos as a tourist passing by. This is your chance to meet like-minded ocean heroes and join in to help protect our fragile ocean ecosystems. Go encounter thousands of magical sea creatures; advocate for those without a voice and share their beauty. Go on, take the plunge!

Be part of the tropical island dream for a better world and greener future!
A new way of life: creating magic with a multicultural eco-community at the Yucatan cenote
Learn, heal and grow with this yogic community nestled in a forest valley of Australia
The Call of the Jungle: Wildlife rehabilitation in the unplugged Amazon
This permaculture classroom in Thailand is a sustainable paradise for all!
A haven for dogs, cats and nature lovers: Animal Refuge on the Algarve, Portugal