If one Workaway adventure teaches us one life lesson, imagine two decades of them!

How the Workaway idea began...

Did you know the Workaway site was born in a little idyllic white village in Andalucia, the south of Spain? It all started in the late nineties, when Workaway founder David was travelling the world. Wanting to extend his time on the North shore of Hawaii, he suggested to the family he was staying with that he could help them out with their daily tasks in exchange for free accommodation. He realised how much more fulfilling this was than just staying as a paying guest -- he got to know the family and their friends very well and really started to feel part of local life.

The realisation that travelling this way and giving back to the places he stayed at enabled him to get a greater understanding of the culture and integrate in a way that just wasn't possible as a regular tourist. His trips could be extended way beyond the original budget, and the seed of the Workaway idea was born. 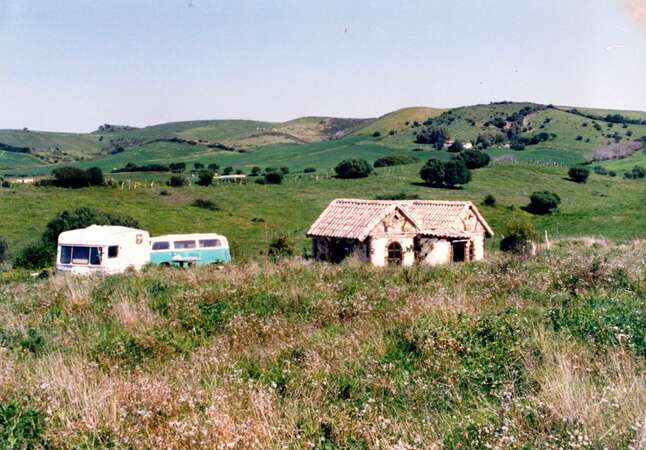 What was initially a 2-week stay turned into 2 life-changing months of travelling.

David returned from his travels and a few years later settled in the South of Spain. However he missed the travelling culture, and remembering his experience in Hawaii, he decided he would open up his home to travellers too. He wanted help with the house he was building, help in the garden and also more importantly teach his young kids about other countries and ways of life. With the internet still in its very early years, he looked online to see if there were any existing sites to help enable this. There were only a couple of very basic options he found (one which actually asked to send cash in the post in return for a list of hosts 6 weeks later), so he decided that he would go about building his own. Knowing absolutely nothing about programming, and with a copy of “Programming for Dummies”, he spent his evenings putting together a basic HTML website with friends, family and people he had met on his travels as the first hosts. 3 months later it was ready! It was launched on April 17th 2002. 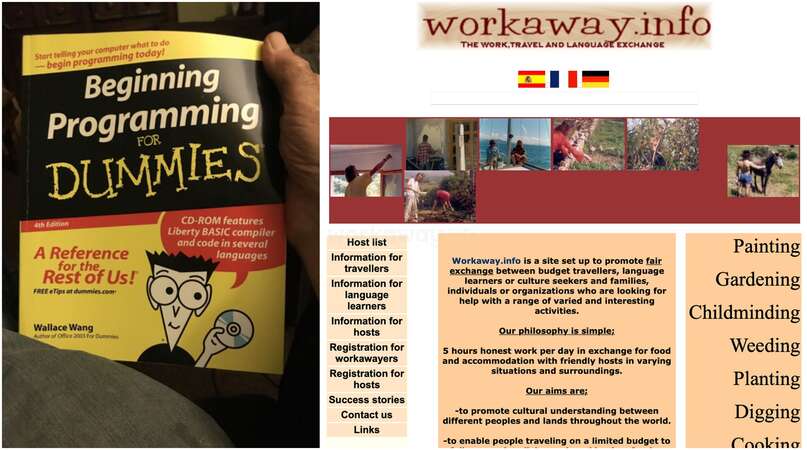 Workaway started as a platform with one simple concept: to promote cultural exchange between workawayers who can offer help while travelling, and hosts who can provide food and accommodation.

It was 3 weeks before the first subscriber signed up, and 3 months before a new host decided to add themselves to the site! In fact the site got very little traction for the first 3 years.. However through constant perseverance and nothing to prove to anyone, the site slowly started to grow. People would chat in forums about it. Newspapers would write small articles and more and more subscribers would join. Hosts too would chat about what a great experience it was to host travellers and get some much needed help. The host list grew and the Workaway name started to become recognised amongst travellers on the road.

I love travelling...but with a job, a house to build and two small children...it became more complicated. Workaway brought the world to us, the next best thing to travelling...and extra pairs of hands too! We all benefitted from the cultural exchange...especially the kids.

As time moved on, David took the decision to dedicate his time full time to the site, enabling him to actively grow the host list and promote it online. 2009 was a big turning point when the site was finally generating enough income to take on a full time programmer (Alex, who is still our head of tech today) as well as further part time staff to help him stay on top of the quality of the host list. Deciding to always promote cultural exchange as the foundation of the site philosophy, and insisting on manually checking every host before going online, were key to the site's success. 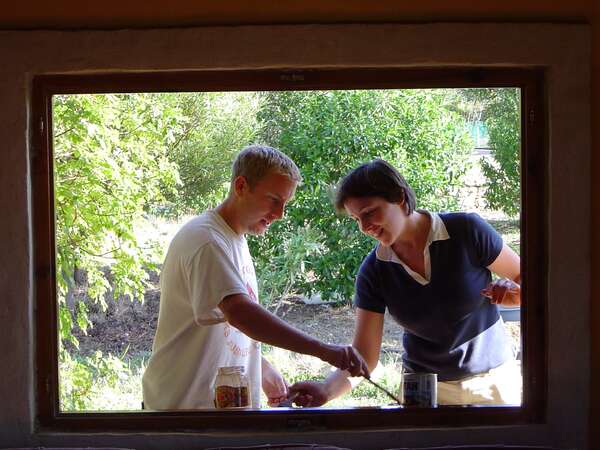 From an idea, to a global platform for travel and cultural exchange!

Since those early days, we’ve slowly grown into a well-known worldwide network of travellers that can connect with local families, projects, and all sorts of diverse communities in over 170 countries across the world! We’ve continually developed the site each year, adding new features and tools so workawayers can not only connect with hosts but also connect with each other, to travel together, meet and share ideas. It's incredible how these small connections go on to create great things. We know of workawayers and hosts who’ve changed careers, learnt new languages, discovered new life philosophies, relocated permanently to a new country, met like-minded life partners, got married, had babies!! It’s reinforced our belief that life really is what you make of it and with a positive attitude and an open mind, great things can be achieved from very small beginnings...

Even with the incredibly hard past couple of years for most of us, Workaway has shown that human connection and communication continues to be one of our fundamental needs. We’ve heard dozens of stories of hosts taking in travellers for months at a time during lockdowns, and travellers caught in places far from home providing the human connection that many of us longed for during self isolation.

Related blog post: How Workaway Can Save the Day When Loneliness Strikes 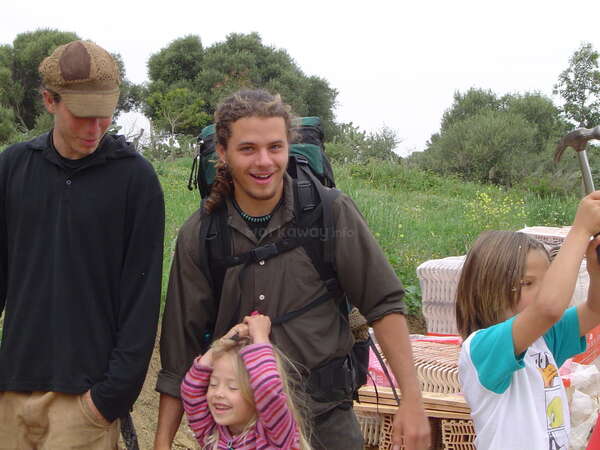 The Workaway community, 20 years and lots of improvements later...

Fast forward to 20 years later, with a lot more new and improved features and fresh faces joining our community, Workaway continues to be an evolving project from both a design and functional perspective. However one thing has remained the same, which is our philosophy to promote sharing, cultural exchange and giving back . We believe it is the key to happiness and a content, fulfilled life.

What makes all of this possible is of course the thousands of workawayers who are travelling to make a difference, and hosts who open up their own homes to travellers in the most welcoming ways. 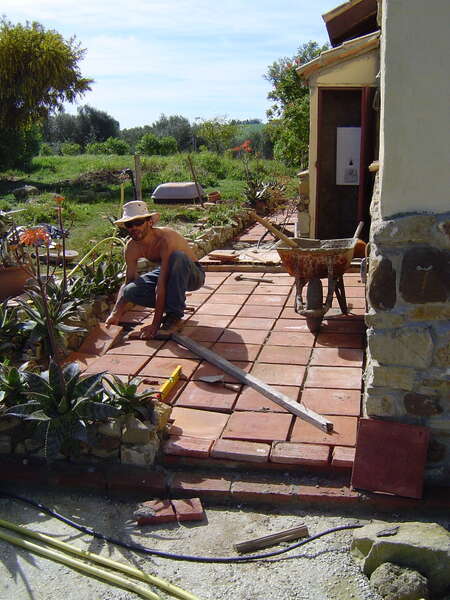 Now with a whole new generation of travellers joining the site, we are grateful for all of the continuous support, encouragement and commitment throughout the past 20 years. From the one-off traveller who does a two week Workaway, to the hardcore globetrotters who have spent years discovering new places, teaching and sharing along the way -- your amazing stories and encouraging feedback are without doubt our biggest inspiration to continue on this mission for the next 20, and without that Workaway would not be what it is today! 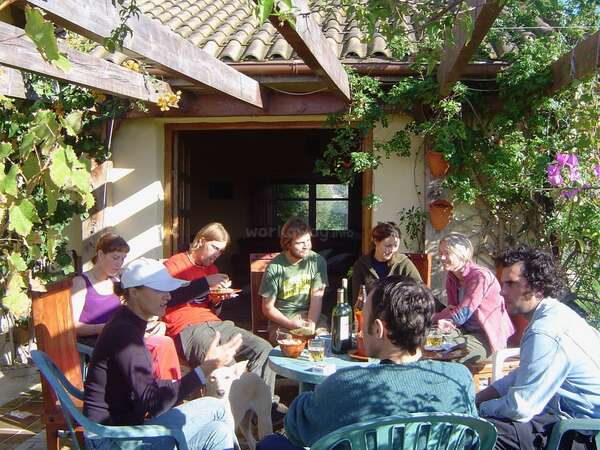 If you’ve just discovered Workaway and are considering a different way of travel and life, we’d love to welcome you with some great news! To celebrate our 20th anniversary, for a two week period anyone who signs up or renews their workawayer membership will get SIX extra months added to their subscription!

Are you ready to start your Workaway journey with us?

Workaway News: plan your adventures with the improved favourite hosts list
How to travel long term for free by inviting your friends along!
Spread the wanderlust and win some funds with our #WorkawayPhotoCompetition
Updates + Navigation Guide: Introducing Workawayer profile’s new look
Find your community: Start connecting with like-minded travellers
How to use Workaway to find your travel BFF