5 of the most fantastical Workaway destinations

Whatever “rocks your boat” there is something fascinating out there for each and every one of us. It has been a tough selection process, especially as there are so many weird and wonderful locations on offer: a horse-drawn gipsy caravan, a cave dwelling in Petra, a tree house, a barge, a shepherd’s yurt, a chateau, a private yacht… the stuff that dreams are made of to be sure!

Here are five inspirational destinations which speak to our “ inner child” and beckon us with a story-tale appeal that’s impossible to resist!

Walking in a Winter Wonderland: A log cabin in Lapland

For all of those who as a child yearned to step into the landscape of a Christmas card and live just down the lane from Santa’s workshop, this is as close as anyone could wish for.

Situated by a lake on the edge of the largest wild forest in the world, the Taiga, this family-run hospitality venture was set up by their forefathers back in 1733, making their inn the oldest in the region.

Forget the fun of riding in a “ one-horse open sleigh”, here there are 60 huskies or reindeers ready to sweep and swish you off on safari into the wilderness. They need help with rearing and training the dogs, housekeeping for visitors, maintaining the garden, collecting firewood and clearing forest paths. 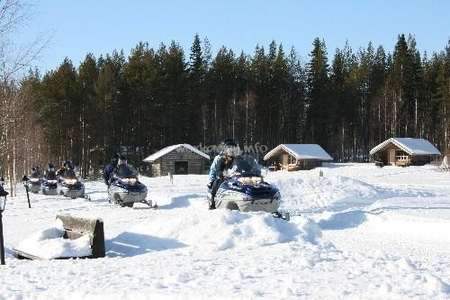 While there, you could do a bit of cross-country ski-ing, go in search of wild berries and mushrooms or try your hand at ice-fishing and bring the catch home for supper. After bracing the ice and snow you can get cosy by the fireplace in your lumberjack’s cabin or let the day melt away in the sauna by the lake.

Just to add to the magic, on a clear night you can see the Northern lights!

Live like Crusoe: Stay on a desert island in Cambodia for 3 months

Stories from our childhood of treasure islands, pirates and castaways used to fill us with awe and left us wondering how it would feel to be so far away from home and paradoxically living like a king, yet with only “ the bare necessities of life” (thanks Baloo!).

Part of the Ream National Park in Southern Cambodia, this stunning desert island offers a lush jungle backdrop leading down to golden sands and spectacular sea views. The project consists of maintaining eight wooden bungalow guest houses along the shore, the only accommodation available for visitors to the island. There is a small herb garden, 3 ponies and 2 pigs as well as a small team of local staff. 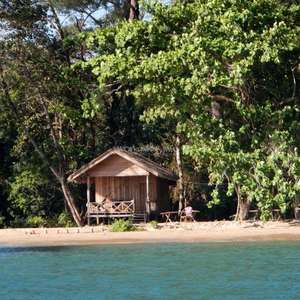 Help is required in gardening, general maintenance, cooking and taking care of the visitors. Soak in the simple life: contemplate your life back home from un uncluttered perspective, look for “ treasure” in the jungle or explore the coral reefs. Ahhh Paradise!

Be a part of it in New York, New York: Theatre ship docked in Brooklyn

Another childhood fantasy is to run away with the circus or stow away on a pirate ship.

For all those who love travelling and the performing arts, what could be more whacky and exciting than living on board a 30 metre tall ship which operates as a theatre, with the Big Apple as a backdrop less than 15 minutes away.

This is a co-operative venture with a creative team of people committed to making theatre magic happen. Help is needed in a wide variety of areas from ship maintenance to administative work, from fundraising to assisting with building sets/the making of costumes.

In the words of Irving Berlin “ There’s no business like show business, like no business I know. Everything about it is appealing” …and who wouldn’t want to be a part of it? 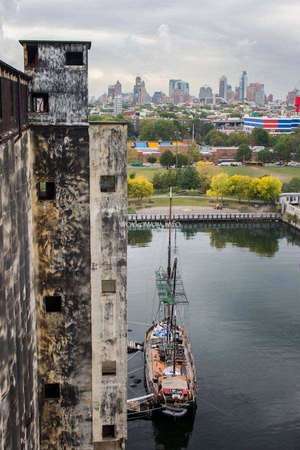 Doctor Doolittle style: Walk and talk with the animals in Chitwan, Nepal

Stay in a traditional Nepalese home in a rural village on the edge of Chitwan National Park.

The local indigenous people are known as Tharus, and they have a culture steeped in tradition, herbal medicine, dance and the art of living simply within their natural surroundings. They are keen to share their age-old wisdom and folklore with visitors as well as learning from them.

The help required includes organic farming, ploughing and milking the buffalo as well as collaborating in educational initiatives for the health and welfare of local women and children. 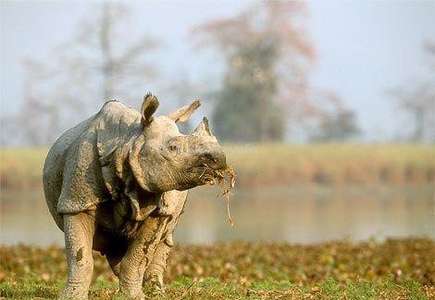 As well sharing your surroundings with the domestic animals: buffalos, cows, oxen and goats your next-door neighbours are the elephants, the one-horned rhinos, crocodiles, deer and their predators – the illusive Bengali tigers! Take a stroll in the jungle, listen to the exotic birdsong, ride on an elephant, or watch one bathe in the river! But… don’t stop to smile if you see a crocodile!

Journey down the Amazon: River Adventure from Ecuador to Brazil

The Amazon has captured the imagination of many writers and film makers who have then gone on to provoke a worldwide fascination for the region. It is revered as a sacred place of hidden mysteries and surprises. So the child within would no doubt be thrilled to share an adventure of a lifetime by joining a family living close to the Ecuadorian Amazon.

The Amazon has captured the imagination of many writers and film makers who have then gone on to provoke a worldwide fascination for the region. It is revered as a sacred place of hidden mysteries and surprises. So the child within would no doubt be thrilled to share an adventure of a lifetime by joining a family living close to the Ecuadorian Amazon.

The plan is to head off along the river towards Brazil mid-February, passing through Peru and Colombia en-route. They are looking for energetic, fun companions to share the experience with. There is no “work” to do as such, except for the teamwork effort involved in canoeing and camping along the river! Each person will be responsible for paying for their own food and any additional transport costs en route.

This is not a trip for the feeble or faint-hearted, the Amazon is a place of murky waters and strange nocturnal noises. It is a world within a world, a labyrinth of unpenetrable density, yet to be fully understood or explored…perhaps one of the very few places on earth where Nature reigns supreme. Are you up to the challenge?

By the way…as the family members only speak Spanish it would be a total immersion experience in oh so many respects! 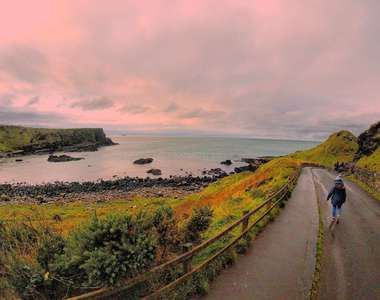 Are these five fanciful fantastical destinations playing merely to our childish mind? Yes perhaps, and why not?! Nowadays as “sensible” adults aren’t we just as easily duped by clever advertising campaigns and persuasive news stories? Even more reason to switch it all off and indulge one of our deep-seated childhood fantasies!

Join Now
Why Volunteering will put your CV on the top of the pile
Travel photography – “Sitting on the edge of the world, Norwegian style” (Norway)
Workawayer Login
LOGIN WITH FACEBOOK LOGIN WITH GOOGLE