Solo Travel Friendships: 5 amazing #travelbff stories from around the world

There’s just something so magical about the friendships that happen on the road-- starting from strangers far away from home, you often end up sharing incredible experiences as you discover new places together. Add Workaway to the mix, and there’s an extra layer that guarantees we’ll meet a fellow like-minded traveller along the way. It’s no wonder solo travellers often end up meeting their BFFs for life while travelling and workawaying!
To celebrate all these special travel moments we share with our friends, here are just a few of the many heart warming Workaway friendship stories that brought a smile to our faces: 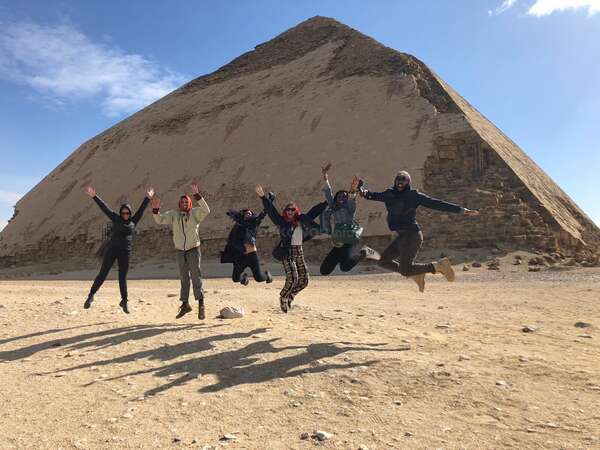 I met one of my best friends Eva through Workaway at a ranch in Tennessee. We became super close super fast and bonded over our love of adventure, travel, and horses. We explored Memphis, New Orleans, and parts of Arkansas while she was in the states. A few months later we met up again in Africa for the holidays and travelled through six different countries together!
~workawayer Carol from the US

During our travels, we spent most nights camping together in a tent. We still talk regularly and I plan on visiting her in the UK next year! 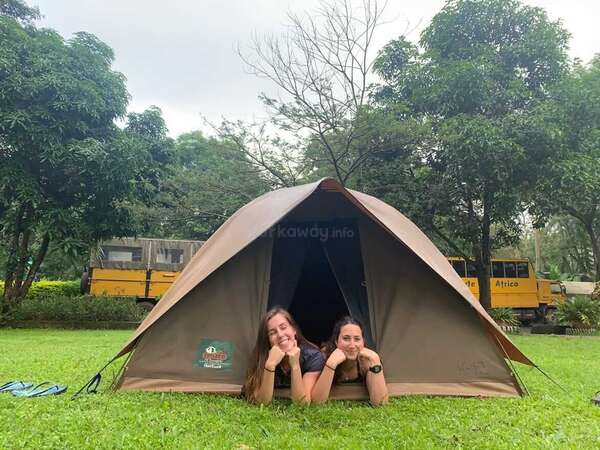 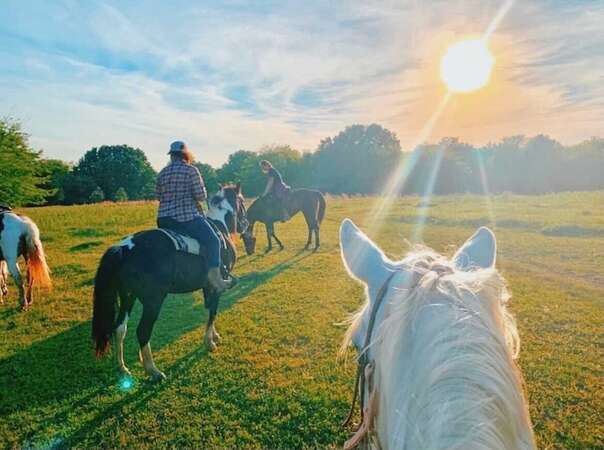 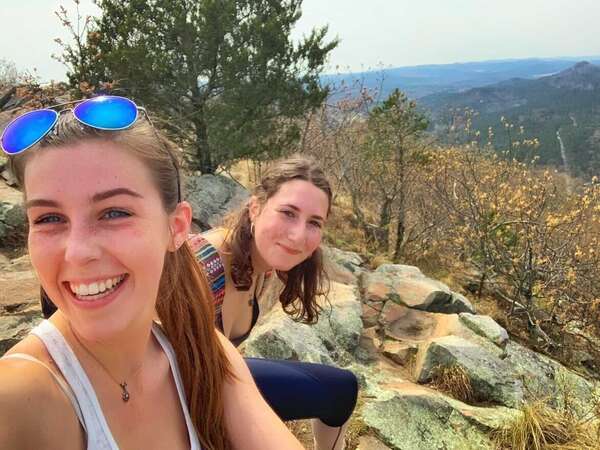 We met on our Workaway in Norway, all the way up north beyond the Arctic Circle. Since we shared a room, we got to know each other really fast. Turns out we both listened to the same kind of music, so we would listen to old school hip-hop all the time and annoy the other two workawayers in our house. :)
After almost 4 months there, I left for my next adventure at a husky farm, and he went back home to Germany where I visited him on my way back to Switzerland. Next week he is coming to visit me in Switzerland. Thank you Workaway for giving us such an amazing platform!
~workawayer Jonathan from Switzerland

One great memory I will always share with him was standing at a Fjord, watching the sun coming back over the horizon after we were in the darkness for nearly 3 months. It was an incredible feeling, and we both had the biggest smiles on our faces!

A month before we were both to arrive in El Paredon, Guatemala, Vivi, who was from Austria, and I connected online and began virtual Spanish lessons as preparation for our Workaway experience together (so we had ‘met’ before we actually met in person at the Workaway). From day one, we were basically inseparable. Our days consisted of helping behind a bar, doing yoga and surfing. Everything was just as perfect as it sounds. We took advantage of all of our days off. We hiked a volcano and explored the nearby cities. We planned to stay for 4-6 weeks, but here we are-- 9 weeks later and we’re still exploring Guatemala together. This story captures only a glimpse of how great our Workaway experience was - and I owe it to my new, lifelong friend.
~workawayer Sarah from the US

Whenever we met new people, they were surprised we had only met a number of weeks ago! 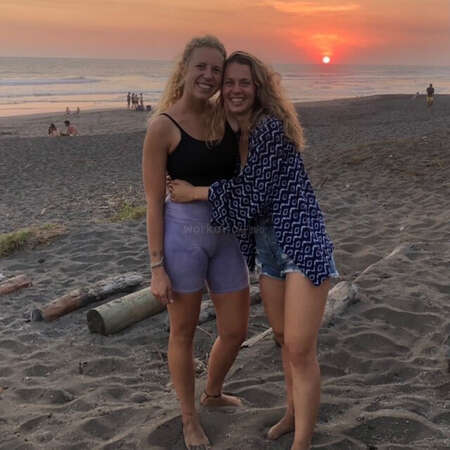 The free-spirited travellers who fell in love:

We met in a hostel in Montenegro! He invited me to play beer pong with him. I was traveling long term and he was motorcycling for a month. Later, I invited him to travel with me. That was 3.5 years ago. Since then we have shared so many more adventures together and had been on dozens of Workaways all around the world, from Panama to Tanzania! Now, he is about to become my husband. <3
~workawayer Melike from Turkey

An amazing Workaway project we had last year on Bastimentos Island, Panama! We cleaned this old-handsome, anchored sailing boat in the middle of paradise, and while giving its soul back, we stayed in it. 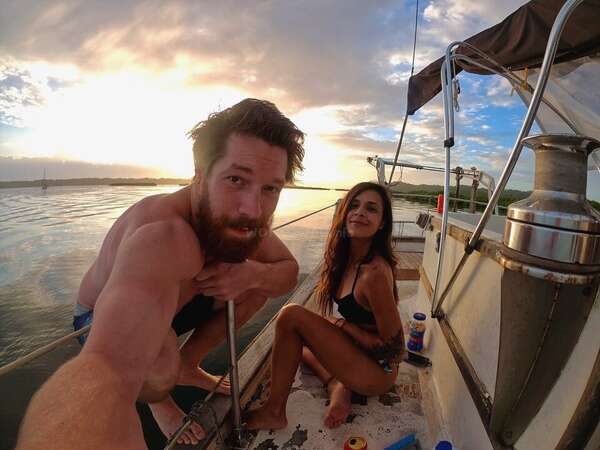 Reflecting now on my most recent Workaway experience on an organic farm in Turkey, I am so grateful for all of the volunteers I met there – Camille from France, Öykü from Turkey, Lena from Switzerland and Mohamed from Jordan. Being amongst such a diverse group of people meant that there was always new ideas and inspiration - recipes to cook together, activities to do in our free time, or even just topics to discuss around a fire... Sometimes it was nearly impossible to have a moment to myself because there was always something exciting going on!
I'm now heading to the south of Turkey to spend a week exploring with 3 of the friends I met at this Workaway! My only advice is to be open-minded and the rest will fall into place. 🌟🌍
~workawayer Ellie from the UK

The friends I meet whilst travelling make all the difference. Using Workaway, I found like-minded people wherever I went, regardless of what I ended up doing. It is incredible what you can learn from one another in just a short period of time! 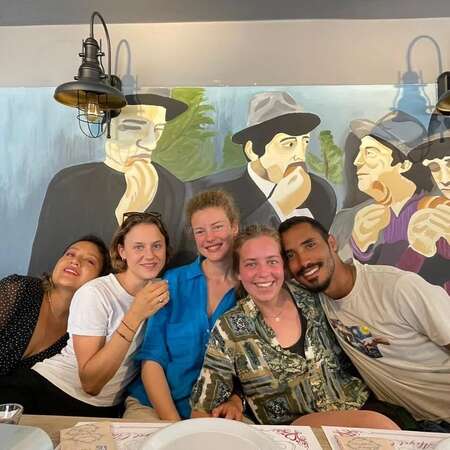 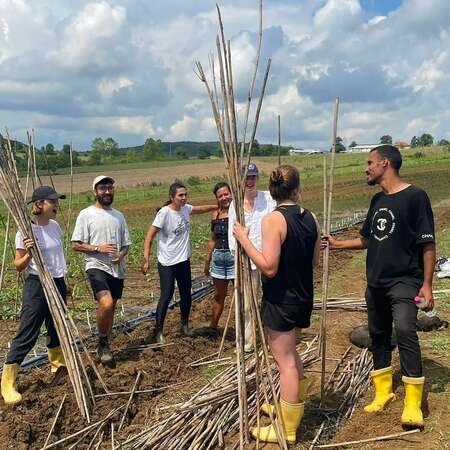 Have you found an amazing friend during your Workaway journey? If so, get in touch to tell us about your great story. And if you haven’t met one yet don’t fret, we’ve got an entire community of friendly workawayers looking to connect! Don't forget you can always reach out to your future BFFs via our travel buddy or language partner tool on Workaway. ;)

Workaway news: Plan your travels and explore new places with a travel buddy
How to Maintain Your Long Distance Relationship & Friendships
10 Tips and Resources to Meet People While Travelling Solo
How to travel long term for free by inviting your friends along!
Meet the workawayer travelling through 100 countries and building incredible friendships
Find your community: Start connecting with like-minded travellers