This month, we want you to meet Graeme and Brenda, a couple in their 50s who decided to pursue their dreams and travel the world through Workaway projects!

Hey Graeme and Brenda, we were so excited when your story landed in our inbox! What an adventure you’ve been having. How long have you been on the road now and how many countries have you visited?
Graeme & Brenda:
As of February 24, 2017, we’ve been travelling for 12 months, and we’ve visited 19 countries up to now!
And in how many of those countries did you do a Workaway project and what did they involve?
Graeme & Brenda:
We’ve been Workawayers in 4 different countries so far; first in France, then we went to Greece, Bulgaria and Hungary. We mostly helped out with gardening and garden maintenance, which can involve some heavy lifting and DIY tasks such as painting and putting shelves up. We also cleaned, fed horses and walked dogs. 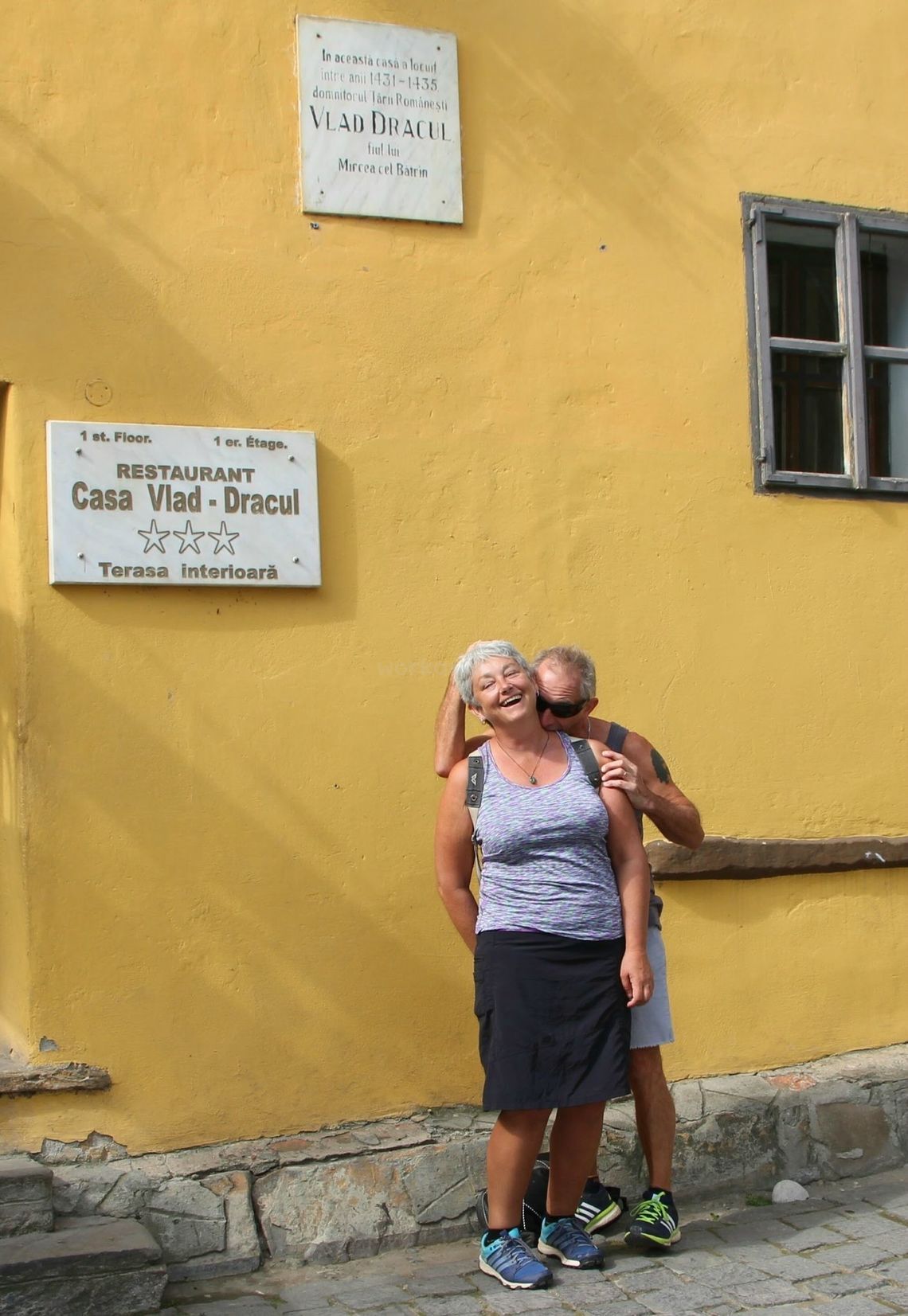 How did you first find out about Workaway?
Graeme & Brenda:
We found out by searching on the internet for possible volunteer options. Workaway kept popping up in various books about long term travel — it seems it was like the traveller’s bible, so we knew we had to get involved!
That’s so nice to hear! What is the best thing that has come out of these projects?
Graeme & Brenda:
Definitely the host families we’ve met and the places that we would never have even visited if it hadn’t been for Workaway. Spending time in local communities and being involved in the day-to-day lives of some amazing people was far more rewarding for us than just visiting the obvious tourist places. We’ve stayed in tiny villages with people trying to live a simple self-sustainable lifestyle to staying at a 500-year-old chateau in France, and everything in between.
Oh, a Chateau in France sounds dreamy! Have you found travelling later on in life restricting in any way?
Graeme & Brenda:
Not at all; quite the opposite! We felt we had a lot to offer to potential hosts. Having owned our own houses, we’ve gained a lot of experience renovating and maintaining homes over the years. Other than that, we’ve mainly stayed in hostels and never felt left out, even though we usually were the eldest ones in there, haha. We’ve spent some great evenings having a beer or two in the common rooms with people of different nationalities and age groups.
We’d definitely like to have a beer or two with you in a hostel! Do you guys have children? If so, how do they feel about you travelling long term?
Graeme & Brenda:
We have one son aged 23, and he actually left for New Zealand to travel on the same day we did! He then travelled to Asia, Australia and after that we met up in Prague for a couple of weeks. At the moment he’s back in Australia, where he’s working and saving up to visit South America. 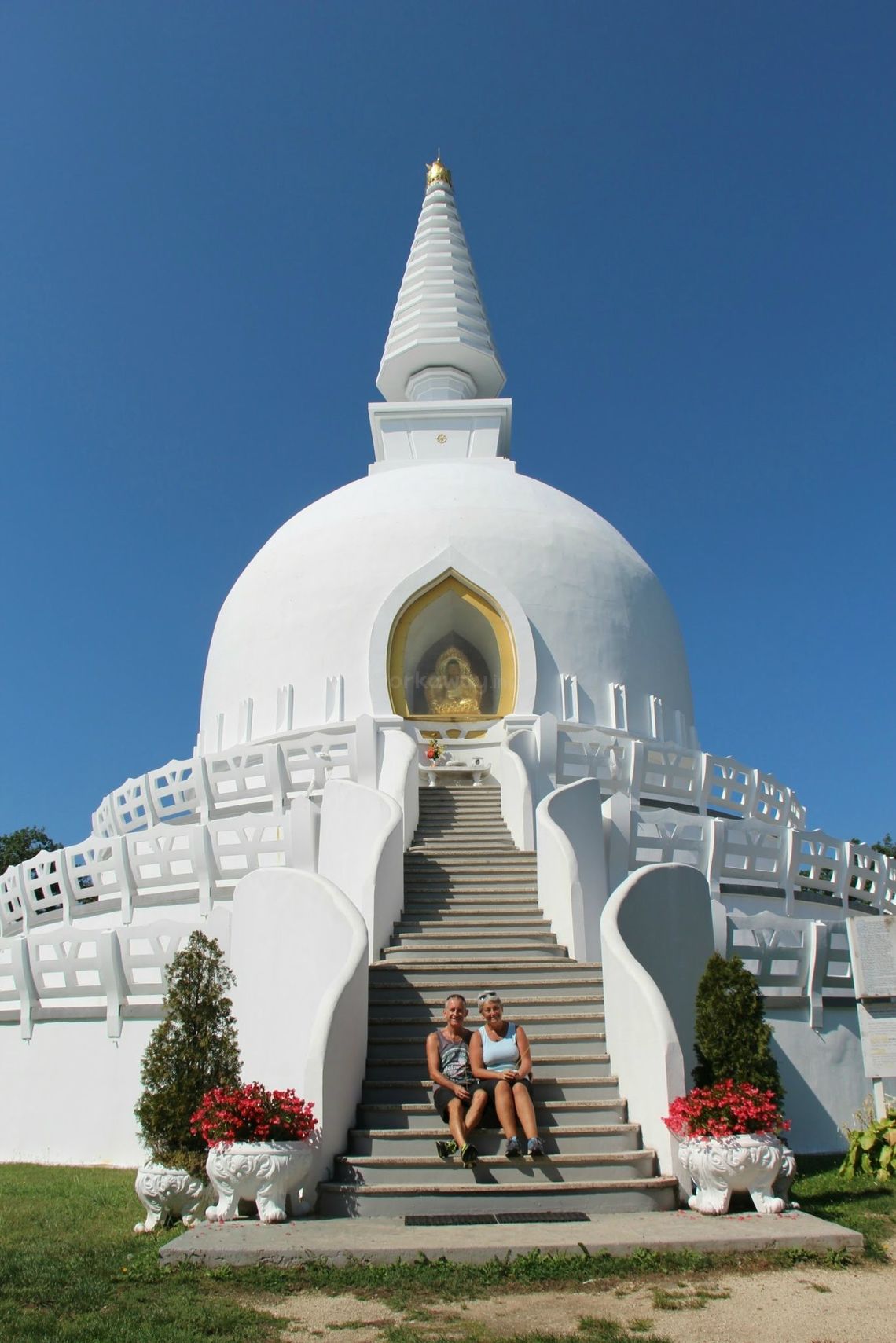 So travel runs in the family then! Do you meet people in your same age group while you are travelling?
Graeme & Brenda:
Yes, most of the hosts we’ve stayed with were our age or a bit younger; maybe that’s why we ended up together. Half of the hosts that we stayed with actually invited us, so it was probably our age and experience they were looking for. We’ve had to turn down at least 10 offers of workaway in Europe just because of time limitations. As we’re fairly outgoing, we also enjoyed staying in hostels: it’s a great way to meet people as well.
You’ve really opened up our eyes to travel at any age now — there really are no limits! Any advice for people in your position that want to stop working and start travelling?
Graeme & Brenda:
Well, we felt it’s not always the things in life that you do that you sometimes regret, it’s the things that you don’t do. If there’s something that you really want to do, just take a chance! You can always go home if it doesn’t work out. It was a bit scary thinking about it and we talked about travelling for about a year before we realised that the only thing stopping us, was us. We’re planning on staying on the road for another 6 months or so and then see where life takes us.

What is your style of travel?
Graeme & Brenda:
We decided not to plan more than 2 or 3 weeks in advance to give us the freedom to go where we felt like going at any particular time. We always have a rough idea where we’ll be going next, but we decided not to fix any dates, so we can just go with the flow and never feel pressured to leave or stay. At the moment we’re in India — we’ll be staying for 3 months and we’re looking for potential hosts for a week or two. It’s Workaway that’s allowed us to keep the trip going, because when we’re staying with hosts, the two major outlays — food and board — are pretty much covered. We still do go sightseeing and explore local towns and villages when we’re staying with hosts families, though!

A huge thanks to Graeme and Brenda — who are pretty much the coolest 50-somethings we know — for sharing their story with us! You guys seriously rock and inspire us to live out our dreams, no matter our age!

Volunteering & Van life: How to Make the Most of This Travel Trend
Volunteering & Working Opportunities: Crew / sail around the world for free
6 Ways Sustainable Travel Can Help With The Planet’s Health and Yours
The Beginner’s Guide to Workawaying with Animals
8 reasons why house sitting is the way to see the world
The Whole World in Two Tiny Hands: Homeschooling with Workaway

Join Now
Family travel tips: on the go with kids in tow
Feed your inner wanderlust: can you explore the world without travelling?
Workawayer Login
LOGIN WITH FACEBOOK LOGIN WITH GOOGLE