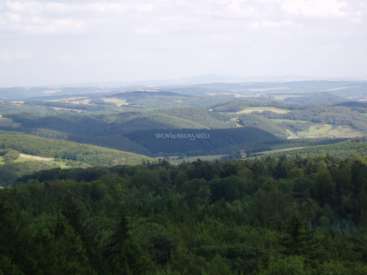 I love the winter. The air is so dry that I hardly notice -5C.

Five small waterfalls are lovely to listen to and provide more habitat in the small ponds above them. 2013

Water proofed roof... quite important and a growing meadow soon to be mown. 2014

Everything has a place in a small home. 2013

A little house is quick to clean and easy to heat. Why want more? 2013

Main room complete. Insulated floor & ceiling and nice and light with the new doors. So warm in winter! 2013

the setting sun from the verandah

The bathroom - the only completed part of the house. 2011

the stream before dam building and fir tree removal. 2009

The house. The new part is the kitchen and bathroom. Now part double glazed and with water and electricity. A milestone reached. 2010

the lane to my house
Feedback left by and about host (3)
12/09/2012
Left by host for Workawayer (Dominic)
Dominic arrived late in the evening and tired. I think that he was worked too much at his previous location, so I allowed him to rest until he felt better.
I wanted a non-smoker, but he smoked. Had he smelled of smoke I would have asked him to leave - it is a smell that I detest and that is why I asked for a non-smoker.
He is a polite and… read more thoughtful man (far nicer than me) and had he not begun a new relationship a short time before he left home I think he would have been a great guest. However his heart was elsewhere and he was not happy with the distance, so after 6 days he left after we discussed his options.
I am happy to know that he is now happy where he should be. I wish him well and we´ll meet again in Germany.
(Good )
02/09/2012
Left by Workawayer (Max) for host
Staying with Edward was a very positive experience. From the first day on, he did everything to make me feel at home. He showed me the most wonderful walks around the picturesque village of Grazalema. The food was always good, I especially enjoyed our daily smoothie(s).
Working for him didn't feel like work at all, as it was always a lot of fun.
I… read more would definitely recommend him as a host to anyone!
Thanks a lot for everything

You can only contact Workawayers who have an active membership.
(Excellent )
01/09/2012
Left by host for Workawayer (Max)
Max came for a month and consumed 10kgs of pepper... apart from this addiction he was a perfect guest. I don´t understand why he couldn´t stay a few years longer (who needs to study and work anyway?). What I am really saying is that he would be a wonderful visitor for anyone. He doesn´t walk on water, but almost.
Thanks Max, you have a new… read more friend whether you like it or not!

Help us with a bamboo eco-camping and permaculture project in Borsh, Albania

Volunteer to help a lovely family to learn Franch in Liguria, Italy
(3)

Webdeveloper and reception opening at our relaxed Hostel in the center of Cuiaba, Brazil
(6)

Help us with the children in a dynamic and sporty family in Nicosia, Cyprus
(3)