Here at Workaway we now have an amazing 50,000+ opportunities and volunteer exchange projects available in many different parts of the world. The ‘Workaway Host of the Month’ feature gives us a chance to meet some of our favourite hosts and find out what it is about their personality and project that created such an appeal amongst fellow travellers!

A free-diving instructor, a sailor, a sculpture and a farmer – Børje is the host of a sculpture Workaway experience that works to save the environment! Whether by raising awareness with creative sculptures or actively removing marine pollution off the coast of Norway, he aims to make a real difference. With a big passion to protect the environment, he makes it his mission to inspire young people to take charge of their lives and the planet they live on! Having done so many different things in his life, we chat with Børje, who lives and breathes the idea of ‘not being put in a box’!

“The idea was to build up a permaculture-farm– it was also a learning ground for me as it was for a lot of the Workawayers I was hosting. So together we collected a lot of information and ideas on how to do it.”

Børje felt that there are too many big farms and corporations, but the majority of consumers often don’t understand where our food comes from and how they were prepared or farmed. He believes that self-sufficiency is the way to go, and was hoping that his farm could help provide an opportunity for young adults to build up their skills for a more sustainable future.

"We prepared the soil with shells, seaweed and manure and planted lots of different types of plants, berry bushes and fruit trees. We also built a climbing park and held courses about wild edible plants, freediving, sea kayaking and archery. Then we fixed a lot of old buildings and small boats on the farm and built new ones. Along with our fishing in the sea, we were soon sustainable."

There are many ways to make a tangible difference when it comes to the environment. Apart from sustainable farming, Børje has also managed to do this through his art, fishing and cleaning up the coast!

Let’s chat with him and find out more about his unstoppable mission! 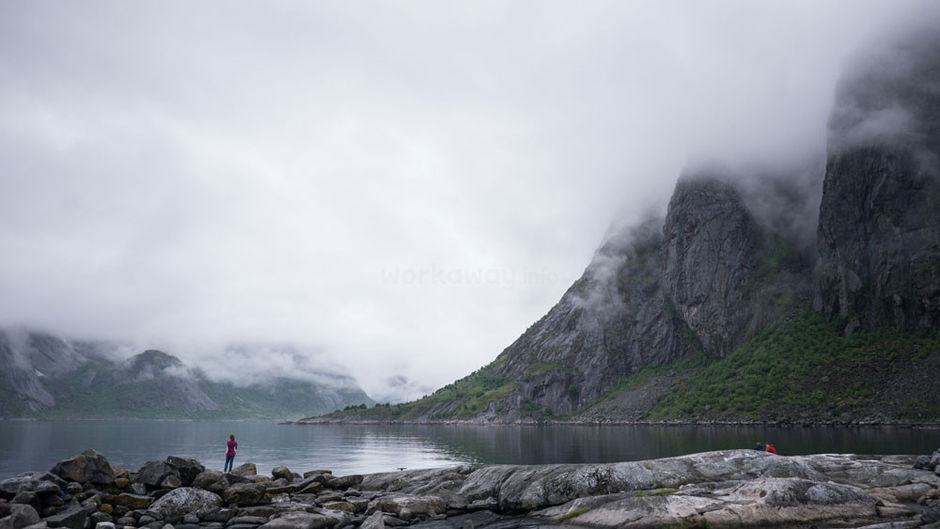 Why did you open up your space for Workawayers to learn about art, making sculptures, fishing and coastal cleanup?
Børje:
After those initial years on the farm, I became restless. I wanted a more nomadic lifestyle and wanted to do something about marine pollution. So I sold the farm and bought a big sailing boat, where I started to pick up plastic along the Norwegian coast – it turned into a two-year project where I constantly had about 4-5 crew members on-board.

Last year I decided to take a break from the project. I started to make sculptures in Florø city where I also established my own workshop. I’d done simpler sculpting before but I hadn’t worked with concrete, so Workawayers’ help with the sculptures was valuable. The main idea behind my sculptures was to explore the social issues of marine pollution, wars and refugees. I plan on creating more sculptures and would also like to go on more expeditions with my sailboat for coastal cleanup.
What’s the sailing experience like?
Børje:
We don’t usually sail out too far because we don’t want to waste too much time just travelling. We just sail by the coast! The Norwegian coastlines are beautiful, especially on the west coast of North Norway. We get to go around the islands and so when we’re on expeditions we have beautiful views of nature all around us. Although there’s unpredictable weather at times, we’ve got good accommodation for when we have to stay inside. Through the sailing experience, Workawayers also get to learn about good seamanship and boating.
After you started working on cleaning up the Norwegian coastlines, it became a non-profit organisation. Could you share a bit more about that – when was it officially formed?
Børje:
Yeah, my marine conservation initiative started out as a small project and became a non-profit organisation in 2017. From there we’ve gotten more people involved to help grow the project. Since it has been recognised as a non-profit organisation, the government is actually providing us with financial support as well. The change has really helped us expand our reach. Now there are more boats and we can go further! Some Workawayers have also taken this concept back to their own countries, cleaning up their coastlines as well. In that sense they’re expanding the organisation too — now it’s not just in various Norwegian coastal areas but in many different places around the world!
That’s amazing work! What do you want Workawayers to take away from the experience?
Børje:
The most inspiring thing for me was seeing the Workawayers grow in knowledge and understanding after having interesting discussions with each other, sharing their cultures and making new friends. It would’ve been meaningless for me to have done all these activities without help from good people willing to contribute their time and effort! I want them to feel accomplished. I can tell that a lot of the Workawayers who have joined in, especially for the marine cleanup, are tough! They left their families and society – what’s familiar to them for the unknown in order to learn something new, and I really respect that.
What are some of the best memories you’ve had with Workawayers?
Børje:
I’ve had a lot of good memories with the Workawayers I’ve hosted, so I can’t pinpoint something specific. I think I’ve had a total of over 100 workawayers help out, and most of them stayed for quite a long time. Many have come back and joined for 2-4 more periods of time. I have two guest books with their own words from each stay. The best feedback I get is when they say they want to come back, and that they’ve gotten new inspiration after their stay.
What is your recommendation for hosts to make a Workawayers stay enjoyable?
Børje:
It’s important to incorporate Workawayers into the family, neighbourhoods and social networks around them. Give them enough time for both of their Workaway responsibilities and their own personal tasks or projects. Many of the Workawayers I’ve hosted have been able to do their studies as well during their stay. And many others have explained how they’ve learned more from the stay than even in school! A host should always provide a growing-zone for the Workawayers.
Have you ever thought of signing up as a Workawayer yourself? :)
Børje:
I think I’m far more valuable as a host than as a Workawayer because my current biggest goal is to build up a new community for the future.
What’s the biggest project you’ve completed with Workawayers’ help?
Børje:
One of the biggest projects we did on the farm was to build a 12-meter long catamaran in moose-skin. It’s a fantasy-boat inspired from traditional rock-carving, from the stone and bronze-age in Norway. I don’t really have a ‘biggest help’ from the Workawayers. We worked on both big and small projects together — all great chances for us to learn from each other.
Overall what has these years of hosting been like for you?
Børje:
Hosting travellers through Workaway has made my life a lot more meaningful. I’m proud to give Workawayers the possibility for more inspiration and the experience of a lifetime! 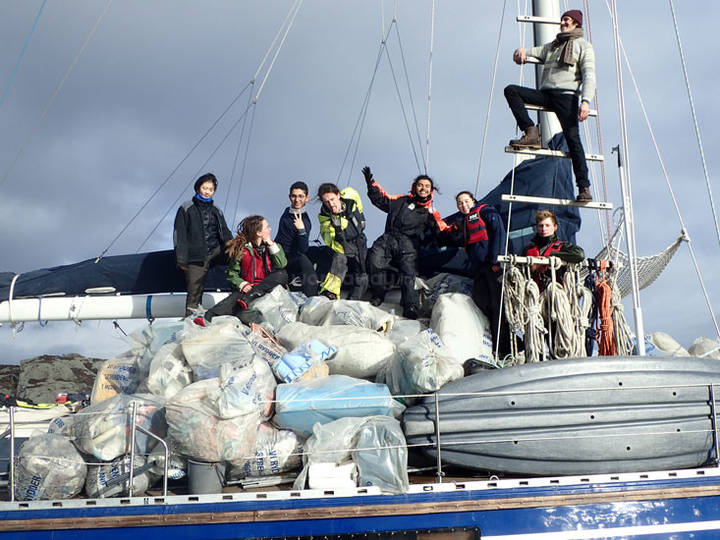 Thanks a lot for sharing your passion and knowledge with our Workawayers, Børje!

It’s so inspiring to see how you’ve developed your ideas on conservation work, through your art and coastal cleanups. We’re proud of the positive impact you’ve made and are glad that you are a part of the Workaway community! 🌊

A new way of life: creating magic with a multicultural eco-community at the Yucatan cenote
Learn, heal and grow with this yogic community nestled in a forest valley of Australia
The Call of the Jungle: Wildlife rehabilitation in the unplugged Amazon
This permaculture classroom in Thailand is a sustainable paradise for all!
A haven for dogs, cats and nature lovers: Animal Refuge on the Algarve, Portugal
Uncover paths to paradise on the stunning Mamma Mia Greek island of Skopelos