This month, we are excited to introduce you to Shahnaz and Francois, a husband-and-wife team who quit their jobs and travelled around the world for their belated honeymoon. But that’s not all: their voyage also doubled as a sabbatical to test their desire to become farmers and simultaneously gain the skills through Workaway projects to make the change. How awesome does that sound?! 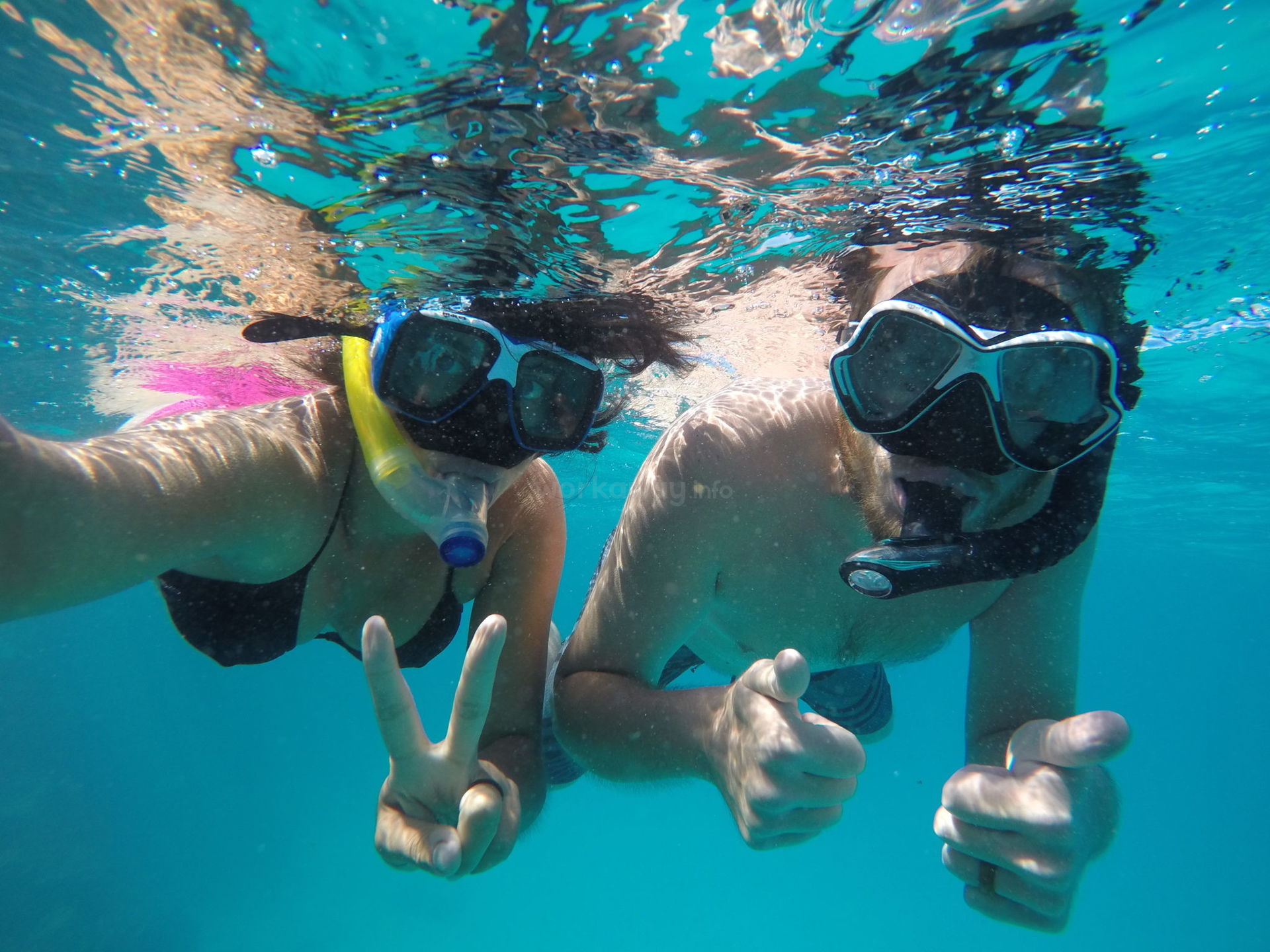 Hey guys, thanks for letting us interview you this month! Tell us, where are you both from and what sparked the 'travel bug' in both of you?
Shahnaz & Francois:

Shahnaz is half Bolivian, half Iranian, and grew up in Switzerland with parents who worked for the United Nations. Her mother was an interpreter who travelled for work and pleasure, so travelling is in Shanaz’s DNA! Her love of travel was truly sparked when she went to Mongolia for a work trip with a Swiss TV channel. She loved discovering a place and culture so few people knew about, and had never felt so free!​​​​​​​Growing up, Francois – who is half Belgian, half Dutch– spent his summers camping in Southern France with his father. He also did his scuba-diving certificate at the age of 12 when his mother took him to Corsica. While it took Shahnaz’s influence to make him realize how much he enjoyed travelling to more exotic destinations, the sign of his strong desire to embark on adventures can be found from being a scout from the age of six till he graduated from high school.. 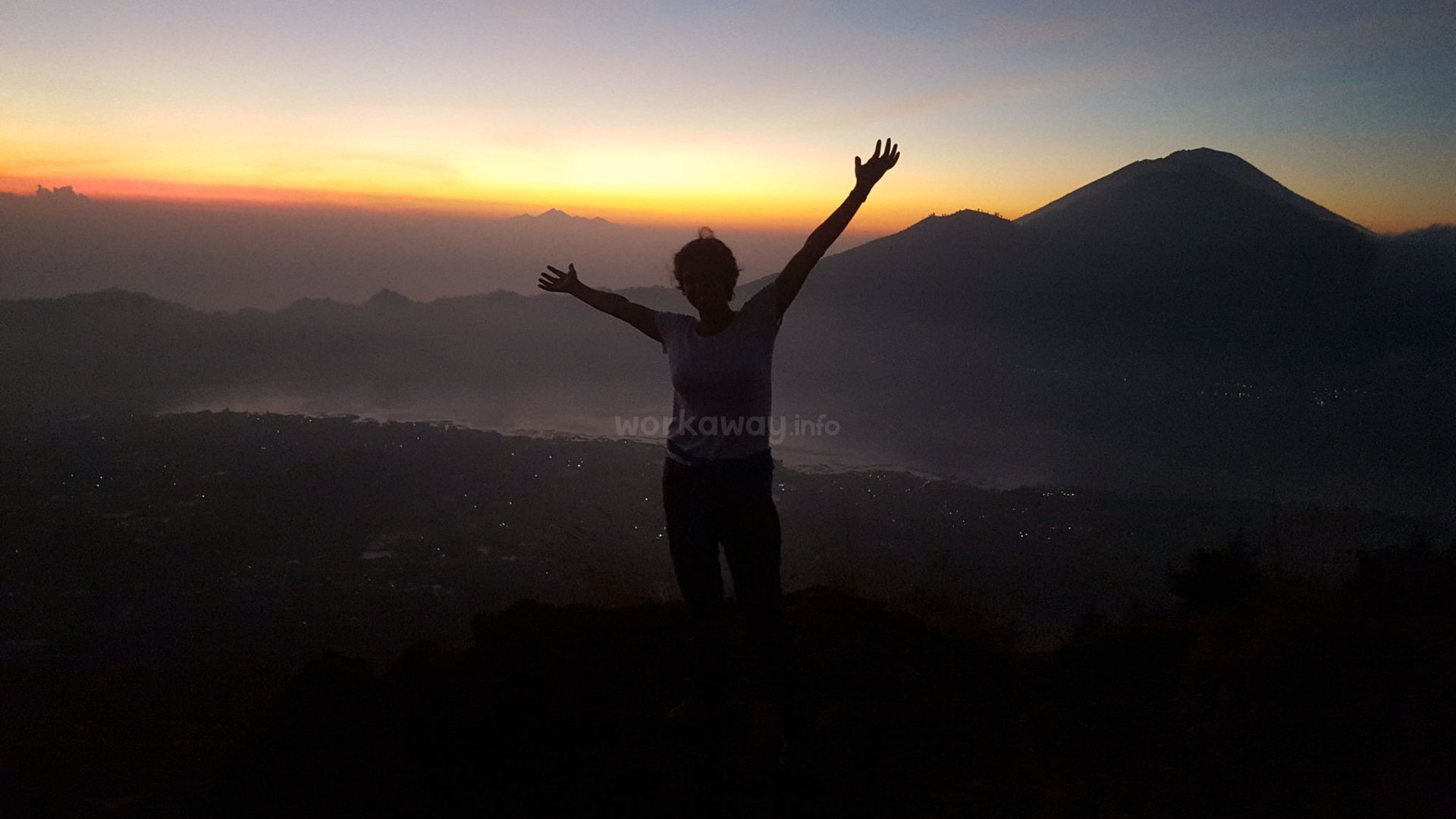 We're very curious to know... What made you decide to combine your honeymoon with volunteering?
Shahnaz & Francois:

It all started almost by mistake. Shahnaz has always loved horses and planned to retire on a ranch, so when she and Francois first started hanging out she threw that out as a challenge or warning. Francois’ response? “Can I grow vegetables on the ranch?” – and that was that.

It turns out that neither of us wanted to stay in the rat race or a big city anymore after 3 years of living in New York together.

When we were planning our honeymoon, we thought we can make the best of our round-the-world trip by experiencing the rural lifestyle as a farmer via workaway, as a test to make sure we weren’t just romanticizing the idea of living on a farm (especially because we were both working office jobs in New York City)! We were also hoping that the new skill set we would gain can really carry us through our big retirement plan of living on a ranch or a farm.

We both knew we wanted our honeymoon to be a real learning experience while we travel around the world, instead of just passing by as tourists. Workaway is our favourite platform because it has a gorgeous and user friendly interface, and costs only $38 for the both of us to get a year of full access to projects around the world. What’s not to love! 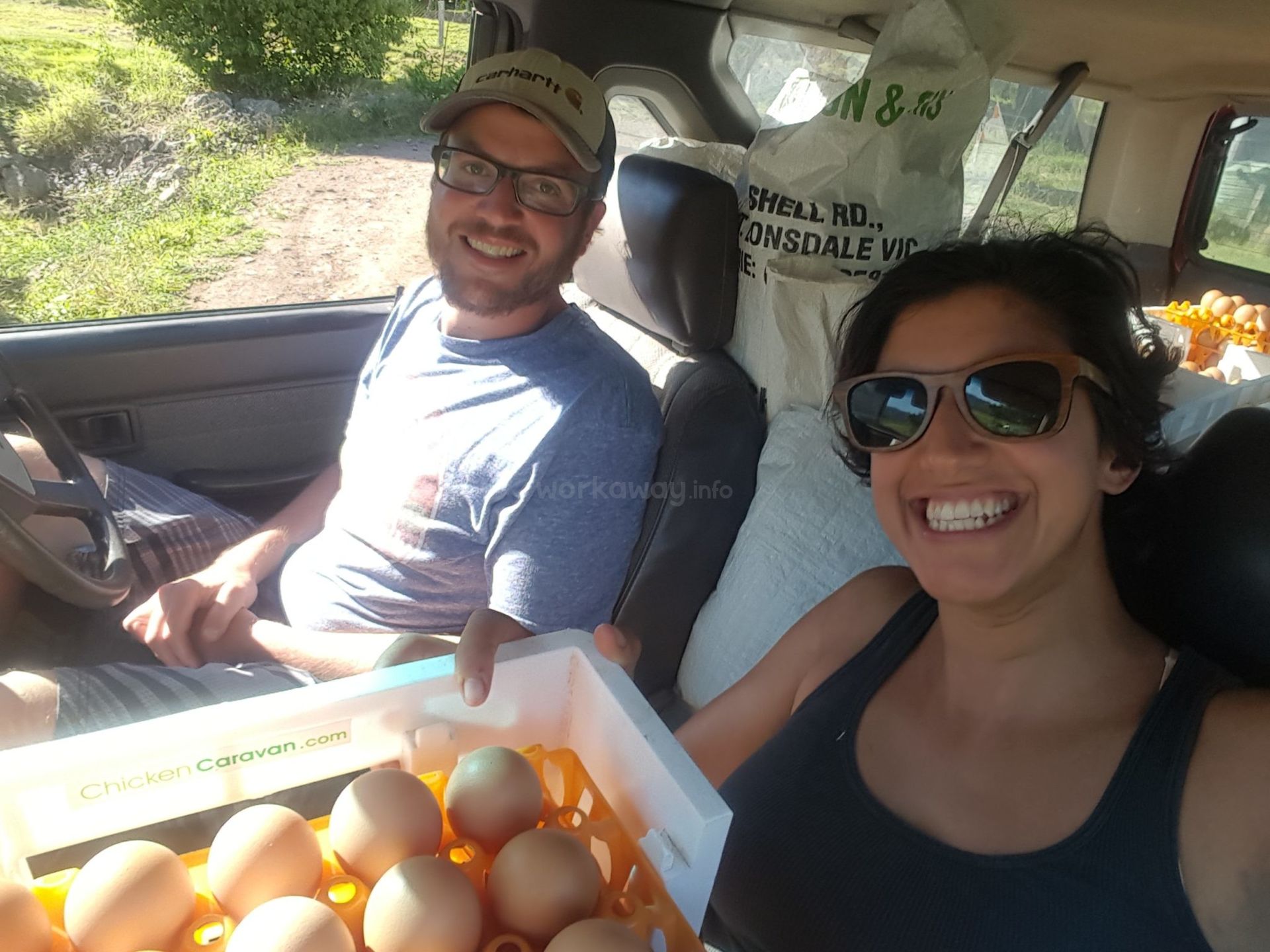 It’s one of the most awesome honeymoon ideas we’ve heard of! So where have you been and what kinds of Workaway projects have you done so far?
Shahnaz & Francois:

It’s a long list! Our itinerary spanned 11 months, 24 countries and 10 Workaway projects!We mostly focused on permaculture projects. We love how “sustainable agriculture” follows principles whereby you manage a farm or vegetable garden as a whole ecosystem rather than just working on separate pieces. It’s all about the fun of factoring in all the pros and cons of each element in it; ducks are great at eating slugs without touching your salads, chickens eat bugs while scratching and fertilizing the soil but will get into veggies if given half an opportunity, and so on.​​​​​​​We also did a few other types of projects based on our other interest: a free-range egg farm with 1500 chickens near Brisbane , an avocado farm outside Auckland , an eco-tourism focused Bed&Breakfast north of Bogota, and a few glamping projects with vegetable gardens and horses in Portugal . And there is this project where we stayed with a French coach in Costa Rica while helping him to develop a new website – we originally picked this project randomly out of convenience but ended up absolutely loving the whole experience. 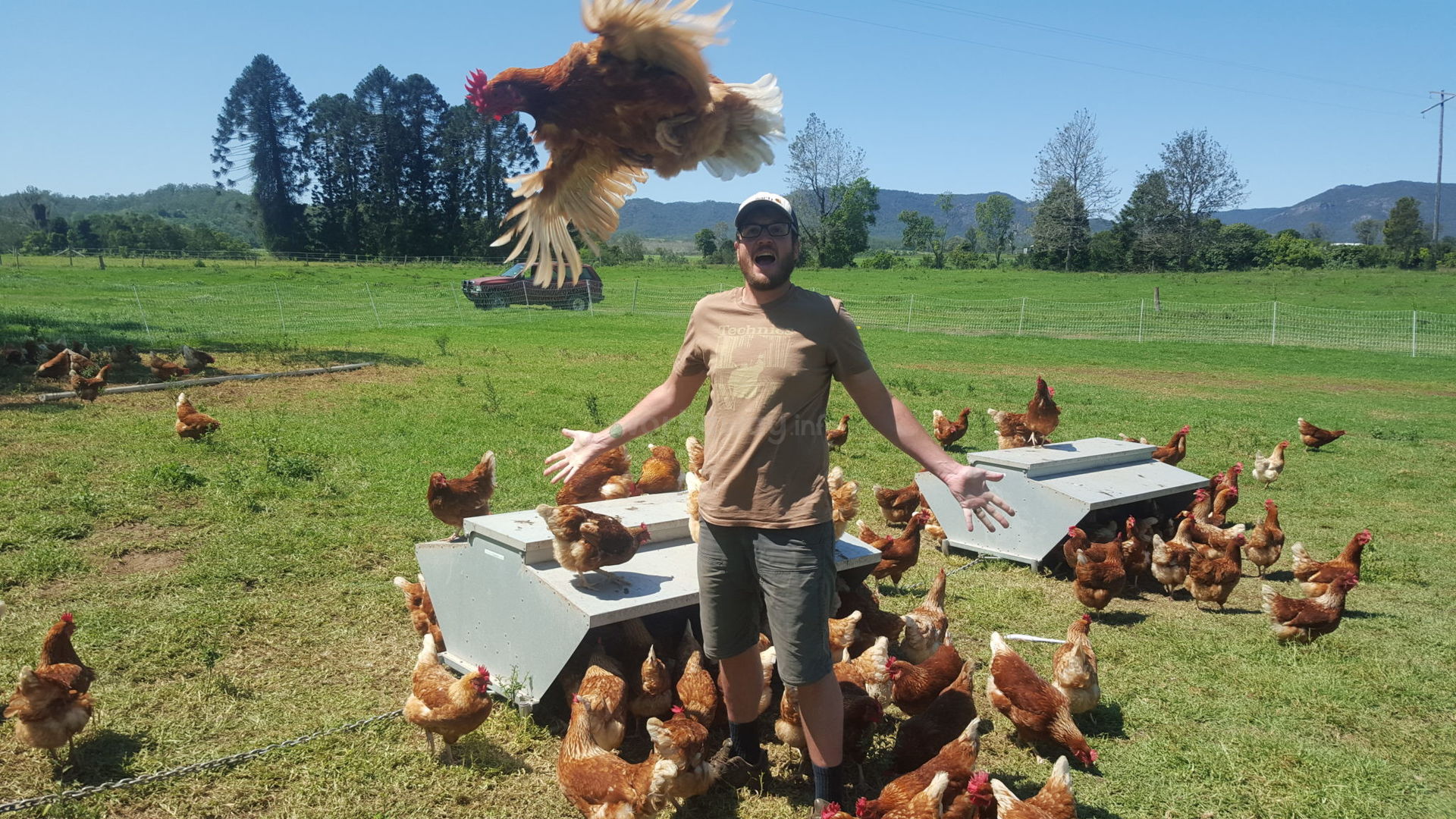 How has volunteering abroad together helped you grow as a couple? Any challenges that you’ve had to overcome?
Shahnaz & Francois:

When we told our family and friends we were quitting our office jobs, leaving New York, and travelling around the world for a year as our honeymoon trip while volunteering on farms before becoming farmers, most of them thought we were brave or insane – or a combination of both!


Before the trip we generally got along quite well, although we weren’t sure what it would be like to spend pretty much 24/7 together for the better part of a year. Now that we have travelled around the world, we have ZERO regrets! We are still very much in love with each other (hurray!) and have learnt that being grumpy or picking a fight is something we can take in stride, even during when we were working side by side in the garden or on some DIY projects.

To us every volunteer project was an opportunity to compare notes on our thoughts of the setup, of how things were done, and what we would do similarly or differently. And we are often on the same wavelength during this process– which is a relief, because we have read horror stories of couples embarking on huge life changes only to realize too late that they both have significantly different visions of the future!

The best part, however, is discovering facets of each other we hadn’t quite experienced before. Talents or hidden skills (like how much Shahnaz enjoys weeding!), preferences (Francois mostly enjoys hiking but hates walking on some days), reactions to others (Shahnaz tends to be slightly more patient and diplomatic than Francois – it must be when her Swiss side takes over), and of course the fact that we both can get grumpy when we are hungry.

We are grateful for all these because the venture we are planning next will require a lot of hard work, teamwork, and intense time spent together. Hopefully this ‘trial by fire’ has prepared us for what comes next. 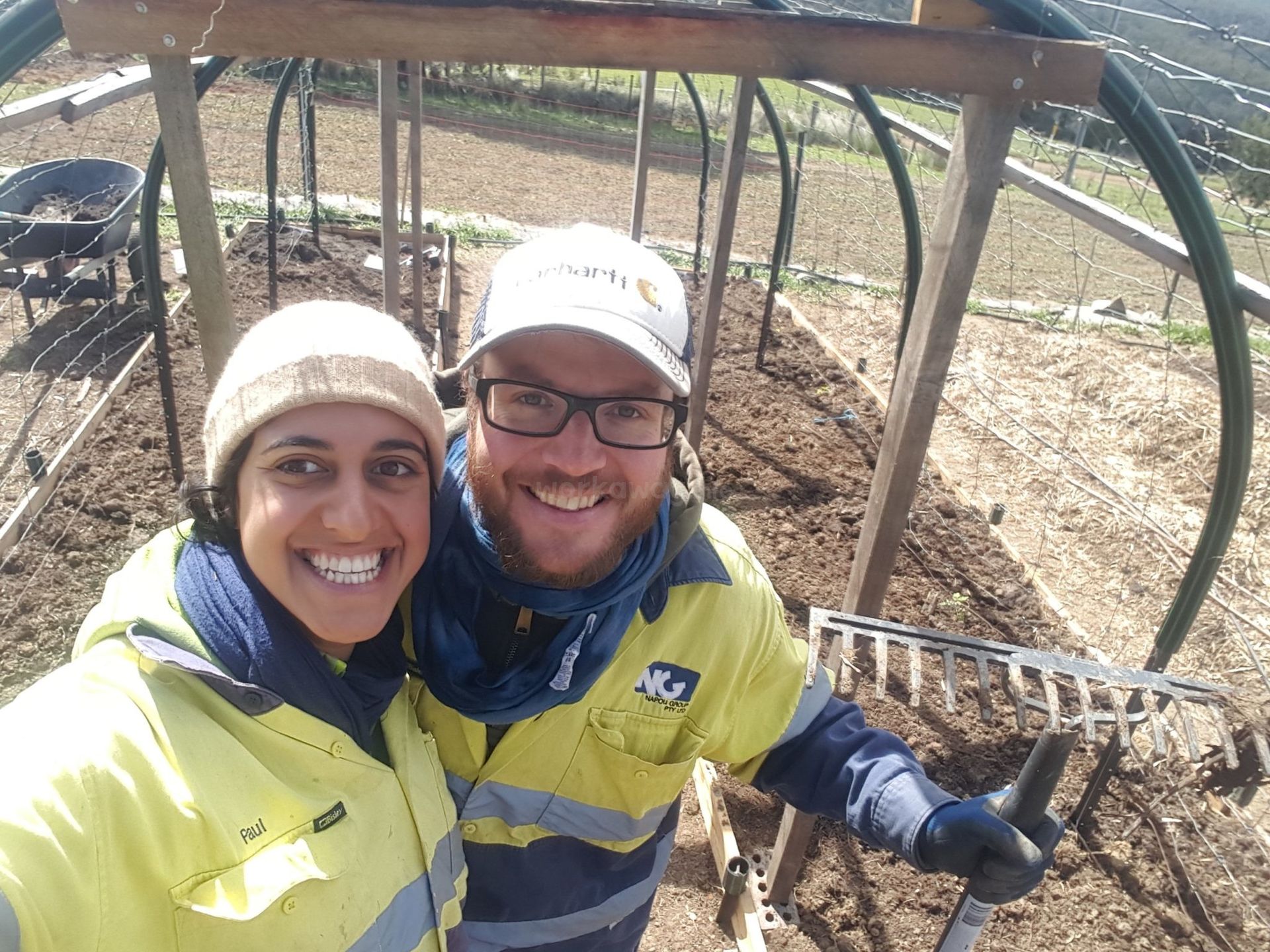 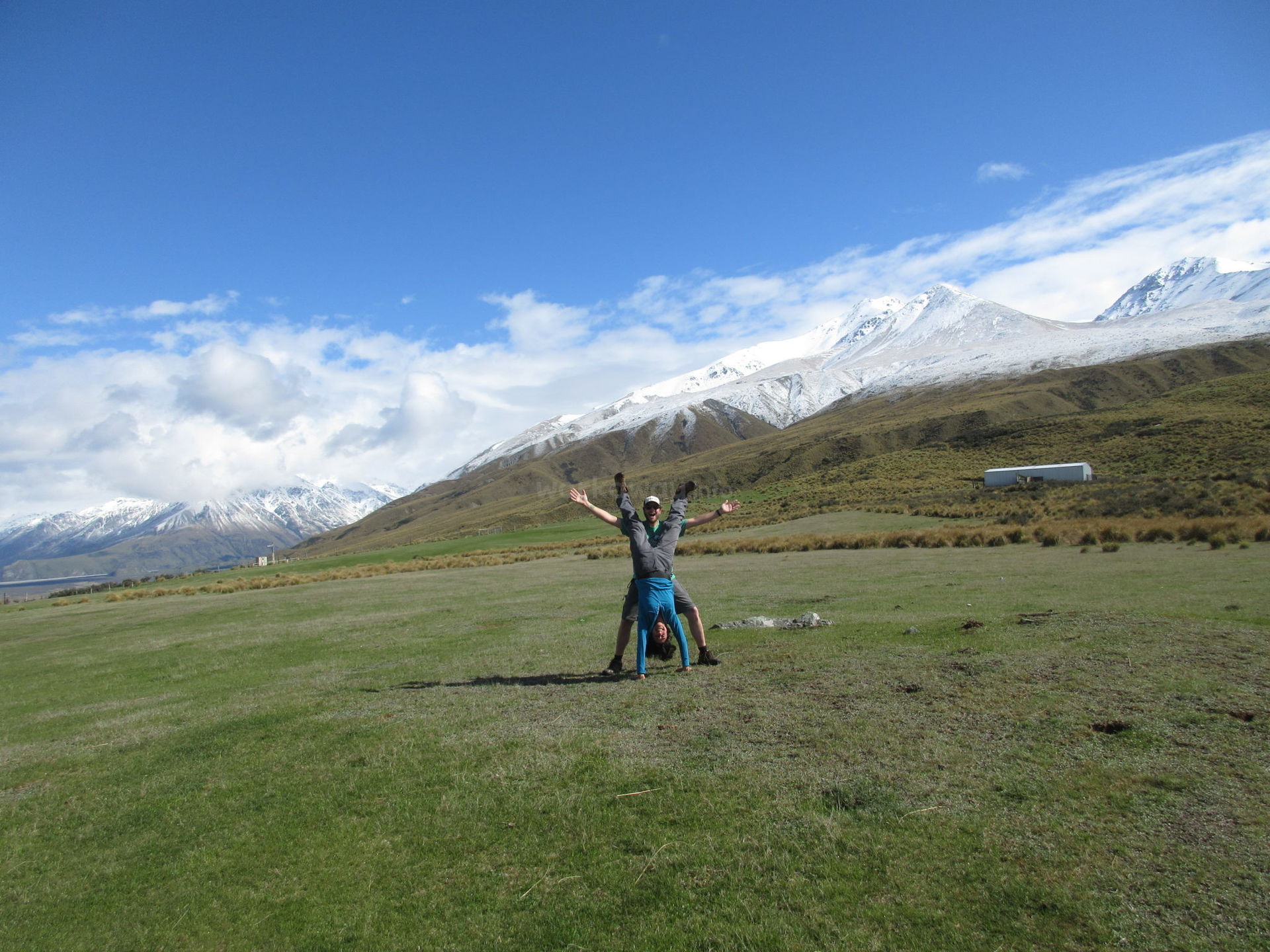 Tell us about your favourite memory from having travelled so extensively.
Shahnaz & Francois:

There are so many to pick from!
The obvious choices are visiting mountain gorillas in Uganda, playing with rescued elephants in Thailand, getting a bamboo blowgun at sunset on the beach in Bali, swimming with sea turtles in Australia, zorbing in New Zealand, hiking a glacier in Patagonia, paragliding in Colombia, and sleeping in a treehouse in Costa Rica.

But we also absolutely loved all the hidden places we never would have discovered if it wasn’t for Workaway: meeting hosts as strangers and leaving them as family, the epic and delicious meals we shared, the pride we felt when seeds we sowed sprouted, learning to make bread and yoghurt from scratch… finding out that we really only needed the basics to be happy, discovering a place through locals’ eyes and soaking up their secrets and tips on homesteading and permaculture – and the network of friends we now have all over the world! These are all intangible, priceless, and not something we ever could have found without Workaway. It’s what made this trip so incredible. 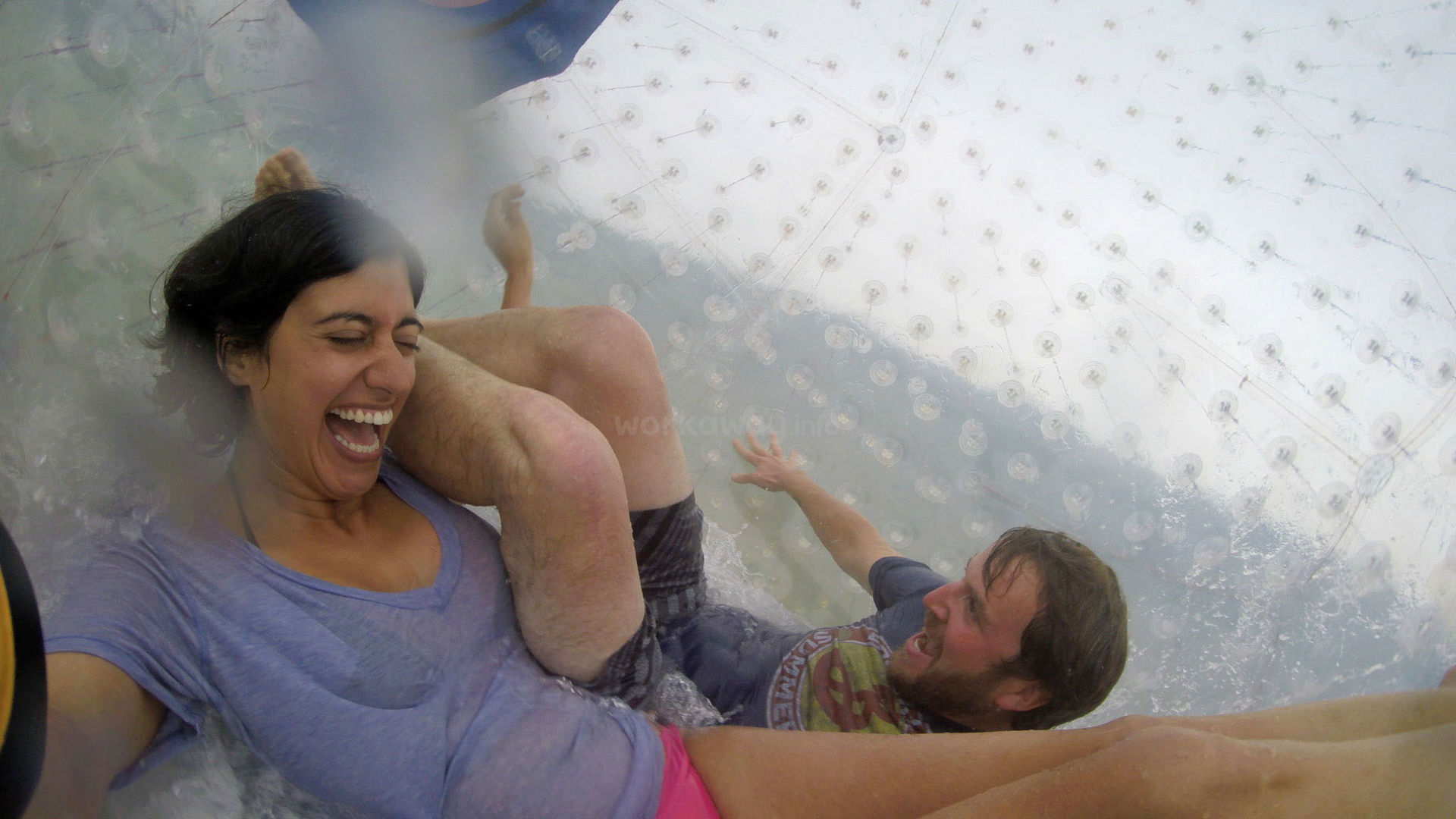 We are so happy to hear that. It sounds like you guys have had an amazing 11 months. So, where are you now and what are your plans for the future?

We are now in Portugal, which is where we plan on relocating to officially and starting our farmstay and eco-tourism project. We have set up a couple more Workaway projects here to make sure we have a home during our search for our future home.​​​​​​​We encourage everyone we can to travel and volunteer, and we look forward to joining Workaway as a host as soon as we have our own place. Maybe even to welcome some fellow workawayers we met along the way, and hosts who have promised to come visit as soon as we are all set! In a nutshell: Workaway is the best thing since sliced bread. 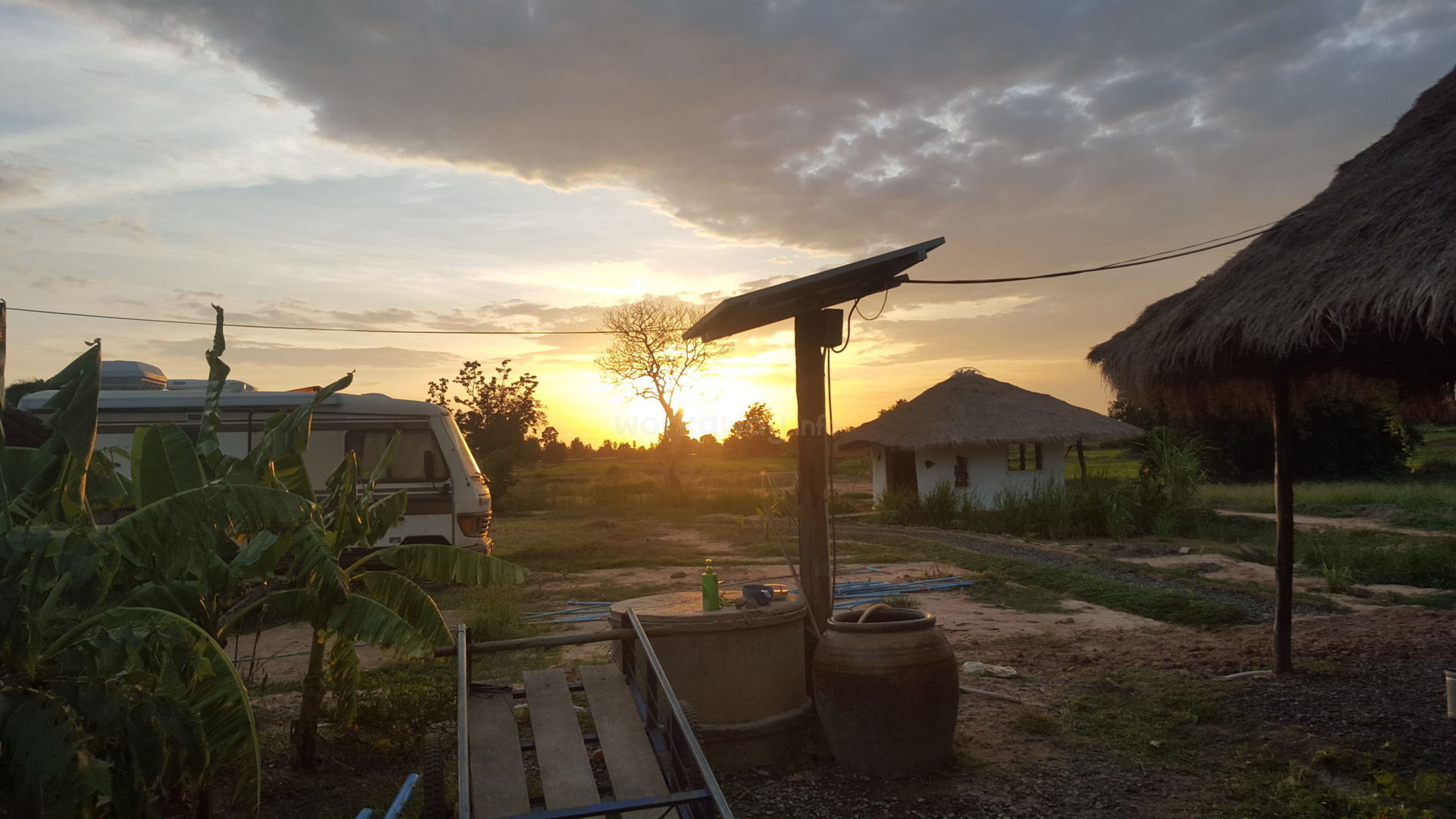 Shahnaz and Francois, thank you so much for sharing your unique story with us!

For those who are interested in finding out more about their amazing lifestyle and farming adventure, be sure to check out their sustainable living blog, Instagram and Twitter.