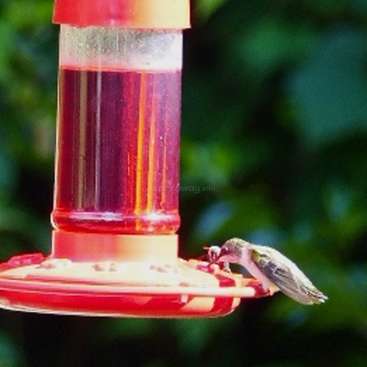 Feedback left by and about host (2)
19/11/2020
Left by host for Workawayer (Joshua)
Although we have been hosts elsewhere for quite some time, Joshua was our first Workaway guest. We are very happy with the projects he worked on. The deck he built with Russ is amazing. I can be quite the taskmaster, but I held back and let them do their thing with the deck. Good results! Joshua and I communicated for several weeks while he was at… read more a workaway host prior to his arrival. He was very respectful of our space and time. We had interesting and open conversations, he is extremely well read. Be ready for a diverse conversation that may challenge your brain "muscles", LOL! We felt like we could trust him with our home while we had to be away for the death of a family member. He was understanding and we felt fine with him at the house. He respects well laid plans. Give him tasks and be clear of your expectations, he will shine. The experience was a growing one for me. :-)
(Very good )
13/11/2020
Left by Workawayer (Joshua) for host
Toinette and Russ are awesome hosts! Southern Hospitality personified, though Russ is a native New Yorker.

My experience with them started on a trusting note. Due to some confused travel plans, they ended up going out of town for a short bit right after I arrived. Still, it was nice that they opened their home to me.

Once they returned, Russ and… read more I started kicking ass on their now finished deck. We got a lot of work done, and it was good.

On a personal level, Russ and Toinette are awesome. Russ is a high energy and passionate person with a lot of ideas. He’s also a very gifted photographer! I loved hearing his perspective on a wide range of topics, even touchy ones. I definitely developed my own perspective after listening to Russ. Toinette is the more laid back of the two, and also is a talented artist. She’s an open book and has a comforting precense. I never wanted for anything between the two of them!

Accommodations were top notch. A clean comfortable room and my own bathroom. Food was always plentiful. We spent a lot of time watching stuff together and bonding. There was a strong spirit of family between us. It really did feel like I was with a couple of my relatives. If you like to eat, drink, and be merry, this is the place!

(Excellent )
To leave feedback make sure you login & your account is online.
Host ref number: 889389856142
To contact a host, please login with your username and password or register with workaway.info.
My host list0
Give the gift of Workaway
read more

Help with coffee tours and learn about the our process near Minca, Colombia
(10)

Looking for a pet-friendly Workaway to house sit in Poitou Charentes, France

Come and help me with the house chores and garden in the rural area of Melgar de Fernamental, Spain
(2)