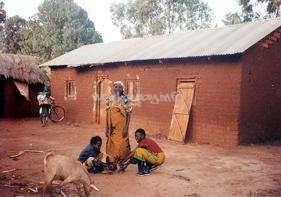 Feedback left by and about host (2)
12/03/2015
Left by Workawayer (Kurt) for host
Why should i teach somebody, how not wants to be teached, because his intentions goes another (?) way.

I' m not a Teacher, Kurt.
You can only contact Workawayers who have an active membership.
(Neutral )
22/01/2015
Left by Workawayer (Marije & Jan) for host
We stayed for ten days at Mtitu village and had a great time there. We helped to do some building work at the secondary school. Also we teached the children to improve their English. The people we stayed with were very hospitable, we really felt at home. We learned a lot about the Tanzanian culture and about the culture in this village in Iringa… read more region. Thank you so much for that!!! All the best, Jan and Marije.
You can only contact Workawayers who have an active membership.
(Excellent )
Please log in and visit this profile to leave your feedback.
Host ref number: 8872152824c4
Homestays, Volunteering & Working Holidays in TanzaniaHomestays, Volunteering & Working Holidays in AfricaSchool TanzaniaOther TanzaniaLast minute Homestays, Volunteering & Working Holidays in Tanzania
To contact a host, please login with your username and password or register with workaway.info.
My host list0
Give the gift of Workaway
read more

Help me with many projects around the house in Queens, New York
(10)

Help and stay on a typical Portuguese family farm in the beautiful countryside in Agueda, Aveiro

Looking for a volunteer to join our family with a daughter in Milan, Italy
(4)

Help at a hostal in the Elqui Valley and enjoy nature, stars, and great cultural experiences
(38)