Handy tips and advice for the solo female traveller

Travelling as a woman can be a challenge at times. However, looking back I can say that being a lone traveller is an extremely enriching experience that perhaps would not have been so profound had I shared it with another person.
There are those who would tell you that you are crazy to go it alone, and others who say it is the only way.
How footloose and fancy-free can a woman travelling alone really be? 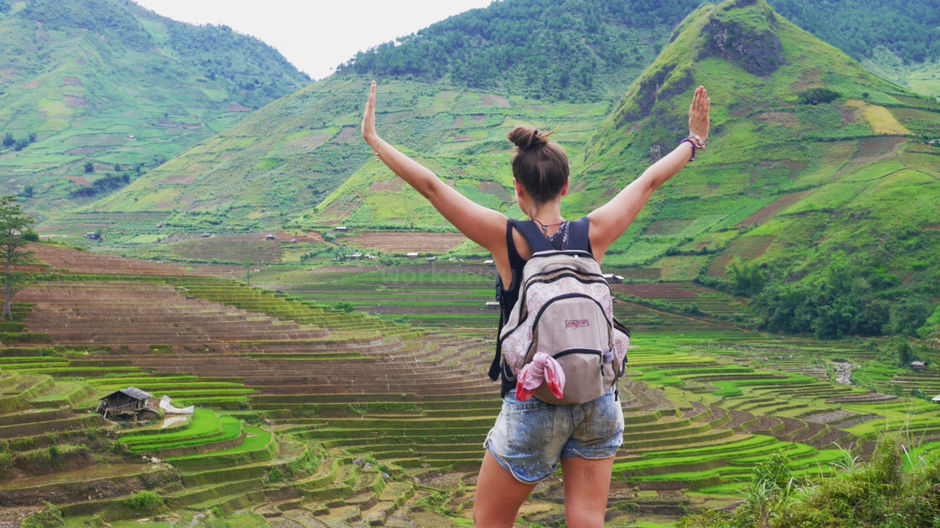 On Overcoming Fear and Taking Risks

We live in an age of personal freedom and equality, so why is it even necessary to single out women travellers as a separate entity? Women over the centuries and in most parts of the world, have at some time been treated with second class status. Even in the “modern” Western world, I wonder whether women ever feel the same level of confidence and assurance as a man can in a given situation.

When I first moved to Spain, I have frequently passed labourers and noticed them lying out in the sun having a siesta after work. They may be on a park bench, or even sprawled out on the pavement blissfully relaxed after lunch. I asked myself if I could ever do this, sleep in a public place on my own… and I realised that I couldn’t, not even if I wanted to. Women often rely upon their skill or “sixth sense” in assessing situations and people in order to get by. As Glenn Close’s character Marquise de Merteuil from Dangerous Liaisons said: “Women are obliged to be far more skillful than men” in order to survive!

The good news? Intuition is a valuable resource to have whilst travelling, although it is important to be informed of the cultural expectations of the country you are visiting: whether these be dress code, behaviour, personal space/intimacy or relationships between the different sexes. 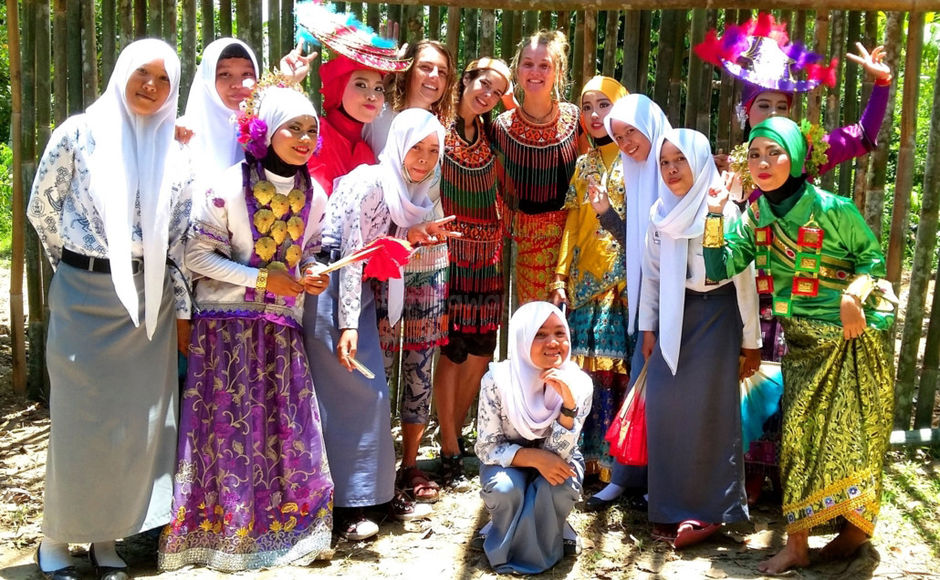 It is also true to say that women are more likely to be classed as “non-threatening” which gives them the advantage of being more readily accepted, trusted and welcomed into a new setting. So, in many circumstances, a woman is given greater scope to integrate and become involved with community and family life.

Regardless of whether a person is male or female it is important to show empathy for local customs. If a person’s clothes or behaviour can be interpreted as showing a lack of respect, then they in turn will be considered unworthy of respect. Tough but true.

Read up on the country you are going to, especially if there are certain dress codes, or certain parts of the body which should be covered in specific situations/at specific times.

Find out how women travelling alone are regarded in the country you are visiting and how to react if you are approached by a member of the opposite sex. The “rules of thumb” which have helped and guided you back home may need to be recalibrated when you travel abroad.

Whilst in Egypt with a fellow woman traveller from Malaysia, a group of men asked me to comment on how British women regard pre-marital relationships. My friend told me that I should ignore them as they were taking liberties with me by bringing up a subject which would be taboo to discuss with local women. I was faced with the dilemma of going ahead with the discussion, I am a liberated Western woman and a defender of free speech after all, or to decline in the interests of defending my reputation as a woman based on their values.

A tricky decision for sure… but before I had time to think, my friend grabbed me by the arm and pulled me away from potential complications.

She did the right thing. As women we may sometimes have to put our pride and one or two of our principles on the shelf for the sake of survival and acceptance!

It is important to be aware of how our appearance and behaviour can influence the way we are perceived and even “classified“.
I attended a fantastic women’s self defence course as a student in London, called “Stand your Ground”, which gave me lots of practical advice and observations. I learned that a study was done on men who had repeatedly attacked women to find out more about how they chose one woman over another. Apparently the most likely “prey” is a woman who most resembles their perception of a victim, a person who looks insecure, confused or inhibited.

A woman who appears savvy and purposeful is far less likely to be pursued.

As a traveller, or “tourist” as many would see you, it is better not to appear as if you have just arrived “fresh off the boat”. Avoid wearing clothes which are inappropriate by local standards or that advertise you as a newcomer and you are much less likely to be hassled. Airports, ports, train and bus terminals worldwide can attract scammers, so be informed on what to expect on arrival at your destination.

Travellers who appear to be familiar and at home in a country are targeted less than those who look lost and confused. Stick to well-lit popluated areas at first, and listen to the safety advice of local people.

Once you have found your feet and you know the “ground rules” of how to blend in, you can start to be footloose. 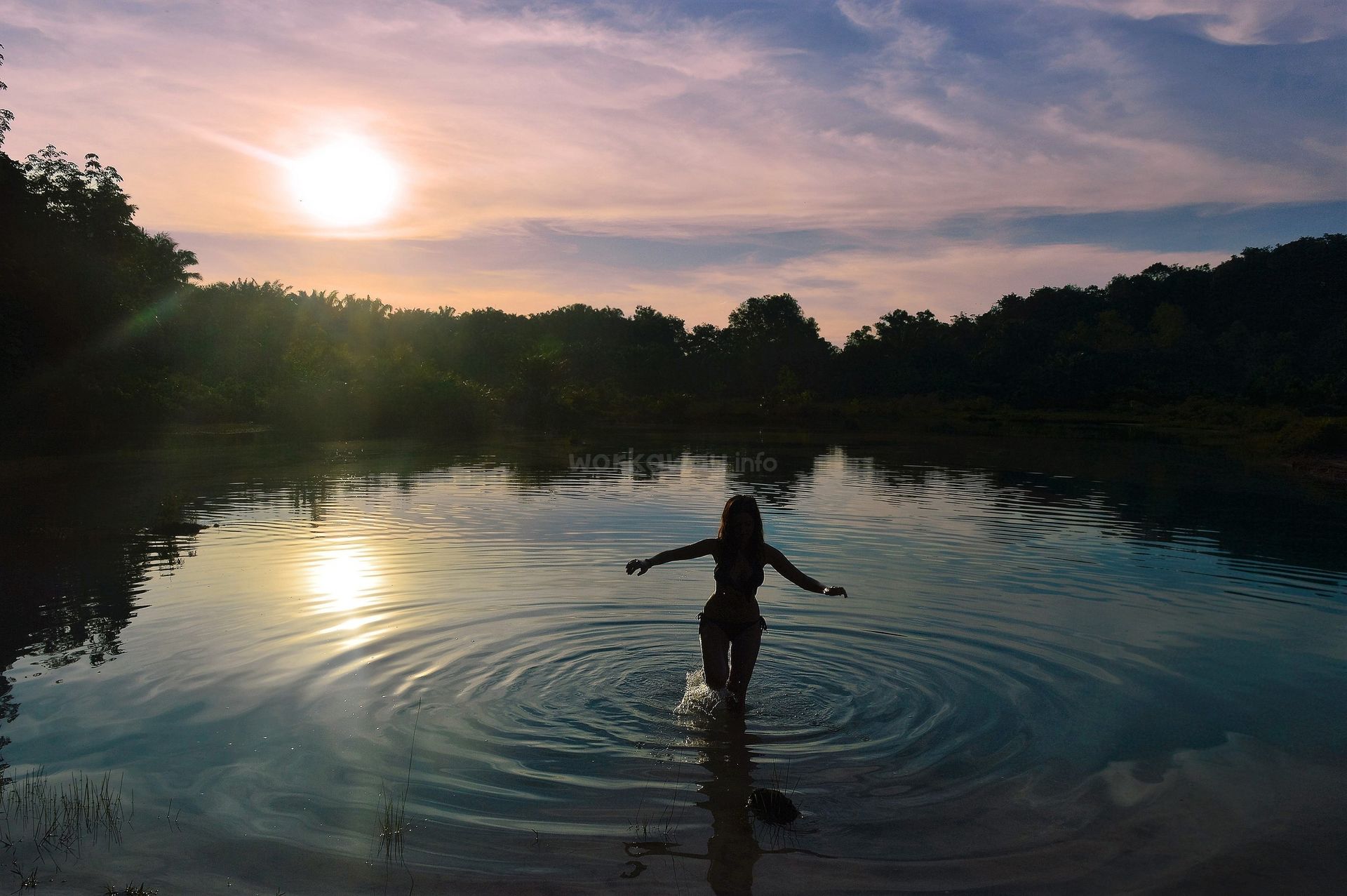 Have a Fabulous Trip!

Although women are often led to believe that they need company and support, in reality they are just as resilient, resourceful and adaptable as most men, if not more so!
There is the initial trepidation of launching into the unknown alone, however conversely there are so many opportunities to meet other travellers en route and share experiences.
Just to be able to be spontaneous and fancy free without having to negotiate with a “buddy” is incredibly empowering. You can go at your own pace …make new friends, decide to hook up with someone for a time or to go separate ways if you prefer…and all without feeling guilty that you’re letting anyone down!

You will return with a much better idea of who you are and what you are capable of. ❤️ Go girl!

Join Now
Categories
Travel PhotosWorkaway NewsTravel StoriesHost of the MonthWorkawayer of the MonthInspirationTravelling TipsUsing WorkawayWorkaway AmbassadorWorkaway Foodie
Latest Posts
10 Of The Cheapest Countries In Asia For Budget Travellers Practical tips on how to teach abroad as a volunteer Travel differently, discover more: Authentic farm stay experience in Catalonia 7 ways we can universally give back as travellers How to use your skills to travel the world for free: meet Leo, our Workawayer of the month