Help me get my home and garden in order in Hexham, UK 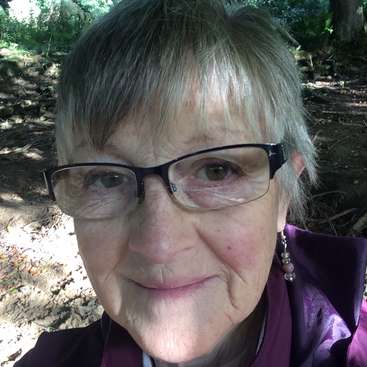 Feedback left by and about host (4)
30/12/2016
Left by host for Workawayer (Łukasz)
Helpful, intelligent, hard working, trustworthy, undemanding, and very interesting to talk to. (His English improved by the hour!)
Generous with his work, his time and also brought Christmas decorations and delicious chocolates!
Highly recommended.
Best of luck and many thanks.

(Excellent )
30/12/2016
Left by host for Workawayer (Sian)
Amazing. Truly inspiring young woman. Where to start?
Self starter (she had my kitchen tap off to fix the leak before breakfast!)
Hard working (had to stop her almost forcibly in order to show her around the district)
Intelligent, articulate, interesting. Very eco and humane outlook.
Also a linguist.
Whatever she chooses as a career,… read more they'll be lucky to have her.
Good luck and best wishes

(Excellent )
19/10/2016
Left by host for Workawayer (Maja)
Maja is highly intelligent, pleasant, helpful and a thoroughly nice person to have around. Quite reserved, and unobtrusive, too.

Due to unexpected travel around the time of her arrival, i had not been able to plan her work load effectively. Well, let's be honest: I had not planned it, full stop!! (We had been going to do the garden, but power… read more tools need dry weather.) However Maja set her hand to a variety of tasks without demur or fuss, and never even mentioned until her last day that she wasn't really a "morning" person - while I'd been getting her up early to give her free time at the end of the day!

I might also say she is entirely trustworthy: a couple of hours after her arrival, she took complete charge of the house, two cats and a new dog! Everything was in perfect order when I returned the following evening.

May I take this opportunity of wishing her well with her travels and her PhD.

(Excellent )
18/10/2016
Left by Workawayer (Maja) for host
Mary has a wealth of knowledge about the local area and is more than happy to share it. I was even given a private tour of Hexham as well as taken on a trip to Durham to see the famous cathedral! Mary was also happy to involve me in her life and take me with her when she was running errands so that I would see more of the local area. Her… read more hospitality and warmth made me feel more like a guest than a volunteer, especially since the work itself was fairly easy and I was given plenty of free time. Most of my tasks included dog-sitting/walking and feeding two very lovable and loving dogs, decluttering her son’s room, polishing some copper pans and dusting the shelves in a charity shop in which she volunteers with the latter ending with an impromptu trip to the cinema!

I’d recommend this host to flexible people who like dogs, history and just want to help out in any way they can in exchange for getting an insider’s perspective into the English way of life.

You can only contact Workawayers who have an active membership.
(Excellent )
To leave feedback make sure you login & your account is online.
Host ref number: 351124766468
To contact a host, please login with your username and password or register with workaway.info.
My host list0
Give the gift of Workaway
read more

Come and help with modern homesteading in the exquisite Applegate Valley, USA
(8)

Join our family, help my daughter with German and walk our dogs in London, UK
(5)

Support our permaculture project in the province of Cádiz, Spain
(34)

Workaway on a small dairy farm in the middle of Finland, Hannula, Markunkylät
(25)