During our journey we move from one project to the next and it’s always hard to leave those cool people that opened their home to us. But in the first five months on the way only once we were ready to quit everything and simply stay there forever (or at least for a little bit longer)! The twelve days we spent in the Thai jungle with a Workaway host won a place among the most beautiful experiences of our lives.

It’s difficult to find the words to describe the genuineness and care of those who created this community. We got so much love – as it’s difficult to name it differently – especially from our host, initiator of this community based Ecotourism project, his wife and their 5-years old daughter. Although, all the people engaged in the project did really everything to make us feel like at home. And we did. 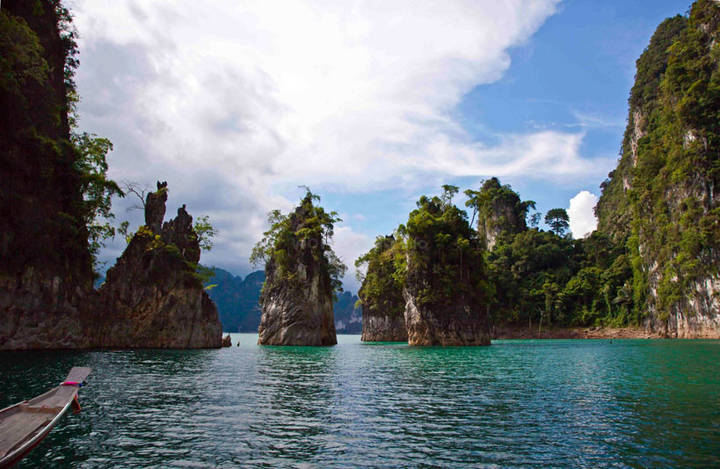 “I grew up in Khao Sok. – our host says – “When I was young I saw a lot of foreigners coming in. It was good, they brought money and jobs. But time passed and 10 years later the family business in Khao Sok changed. A lot of companies came from outside. They saw the opportunity of earning money here and started something we didn’t know before: comfort, air-con rooms. Now what you can see is a lot of agencies, we have no access to the river.

It was our source of job, food and they say it’s not for us anymore, it’s for tourists. We had a community before, we talked to each other, but now it doesn’t exist any longer. It’s too late to change it, outside businesses grew bigger and nobody listen anymore. The community went down, everybody fights to have customers. And customers come for VIP rooms, not simple houses, bamboo huts, adventure like before. 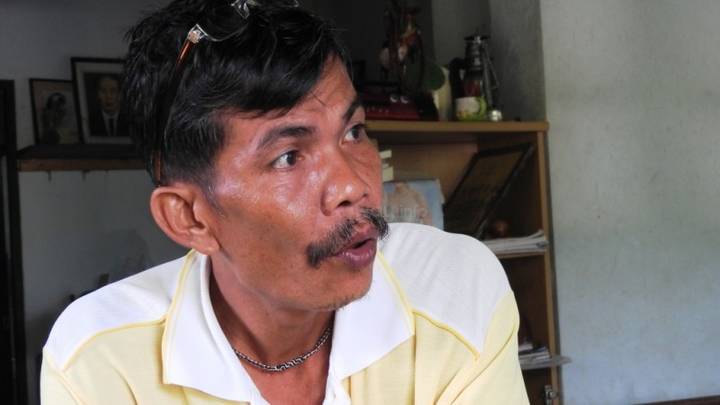 Customers changed. Our job changed. All tour operators; everything from outside. This is a problem for local guides- they can do nothing. Only wait for these companies to give you the job. You have to accept their price and their conditions. They don’t pay much, they just sit and make money for themselves. I didn’t like it. And that made me think about my farm, my family. Over here, around 15 km from Khao Sok, nature is also nice, we also have hot springs, many attractions. And a community in the village.” 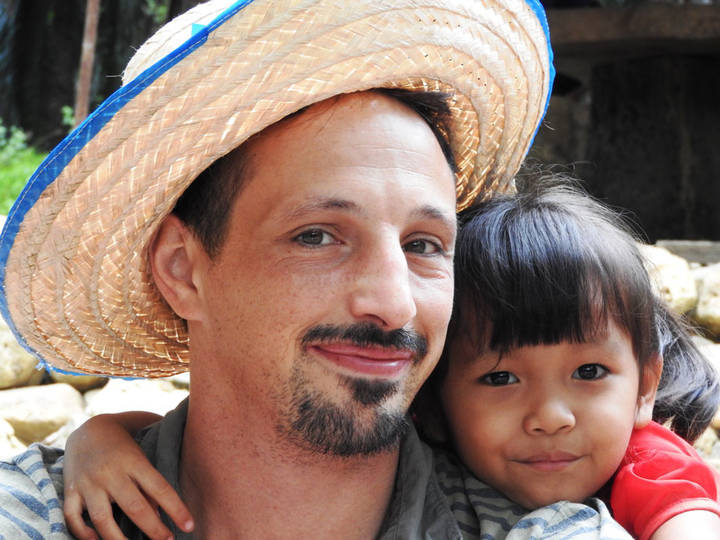 We got in touch with our host through his friend, which we found in Workaway. We knew we had to cross Thailand while going by land from Cambodia to Malaysia, so we thought to join in some interesting project on the way. But we didn’t have much hope as time was short and usually most workaway projects in Thailand are fully booked. So, we were surprised to receive a prompt answer: “Come! If you are ready to spend two weeks in the middle of the jungle and you don’t mind that only few in the village speak English, we are waiting for you.”

Our agreement was to create a website and a marketing campaign for their Ecotourism project in exchange for a place to sleep, food, and the possibility to try out the attractions they organize. And there are MANY!

We started from trekking in the jungle across the waterfalls and bamboo rafting; then, the time came for camping at the mountain top, for a sunrise bath in the hot spring and, above all, for a trip to Ratchaprapha damn, one of the most beautiful places in the world. We spent there an unforgettable night during Christmas time, having a bath in the lake under a full moon, with limestone rocks protruding from the water as setting. And we did all of those activities together with the people from the village, the same way they do.

“We start this Ecotourism project about 3 months ago. First of all, I tried to talk to people in the village to find those who are interested in creating a community based tourist business. We got 9-10 people. Everybody put the same amount of money, everybody shared the ideas. We don’t want to have a business which grows unleashed like in Khao Sok, where everybody does its own. We want to stick together, making something as a society, a community.” 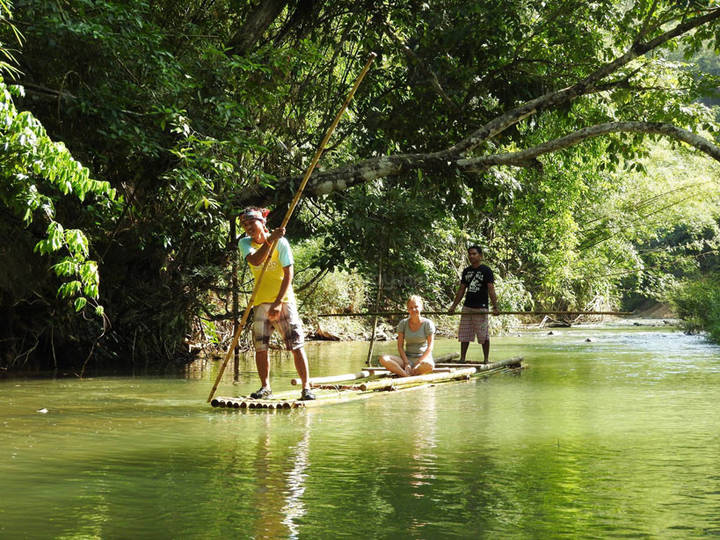 There is a huge difference between community based Ecotourism and those companies focused on mass tourism. The first one helps the community to grow, it’s built by people for people. There is democracy and care for everyone’ needs. They want the tourist to experience what is like to live in a certain place, opening their homes, sharing their daily life and the beauty of the nature they roam in: a full immersion in the culture of the people. So, they do it in respect of the environment and the society. And respect and openness is what they demand from the tourist. The income is reinvested in developing the place.

Mass tourism is often the result of outer investments aiming for a conspicuous return. Unfortunately, it is mostly conducted exploiting environment and people, sucking as much as possible till the place is spoiled. That’s what is happening now in Khao Sok. Big fish came from abroad and gained money without any concern for locals. People like our host who try to build an alternative model are extremely important. We call him changemaker because of the way he tries to develop things: with love for nature, care for the villagers and enjoying tourists. He wants to offer to those who come a tailored authentic life experience, not just a predefined package designed for loads of tourists, which has nothing in common with reality. And he states a firm no to animals’ mistreatment, to destruction of nature.

“All the profits we share, they go to public, to school, temple, for everybody. 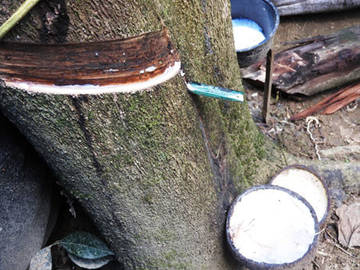 It is also important for us to help nature here. During the 15 years I have been living here a lot of animal died, every day. Because of hunting. Bear, white pig, monkey. It’s not so much for eating, but there is still quite a big market for sell. Local people need to make money, they can’t find another job. If our Ecotourism business is successful, they will understand more and for sure they will stop hunting. Young people will learn other ways. If this idea grows here the way we want everything will be better. We save a lot of animals and nature will come back to its pristine stage. We still have forest and animals. But if we don’t do anything, it will soon be gone.“

Life in the jungle has its own rules. Few people work in the city nearby, they come back just for the weekend. Most of them make a living with rubber and palm plantation. It’s a very specific work, rubber should be collected at night, when the heat doesn’t dry off the liquid. It has nothing in common with a 9–to–5 job; all activities follow the beat of nature.

“Most of villagers have farms, rubber or palm plantations. They don’t have to work during the day. They have free time. Why not to use it for a good purpose? With this group we already did something for the society before, many things, volunteering, festivals…We already have a lot of experience to work as a team.”

You can see it: when tourists come, even without notice, in few minutes their team is able to set up the bamboo rafting, although from the logistic point of view it’s not so easy. And after rafting tourists are invited for fruits and snacks. It must be mentioned, the food prepared by our host’s wife is definitely one of the highlights. We have hardly eaten so well and so often as at this host’s. They shared with us everything they could, yet giving us some space when we needed it. We slept alone in the middle of the jungle, which was also quite an experience. 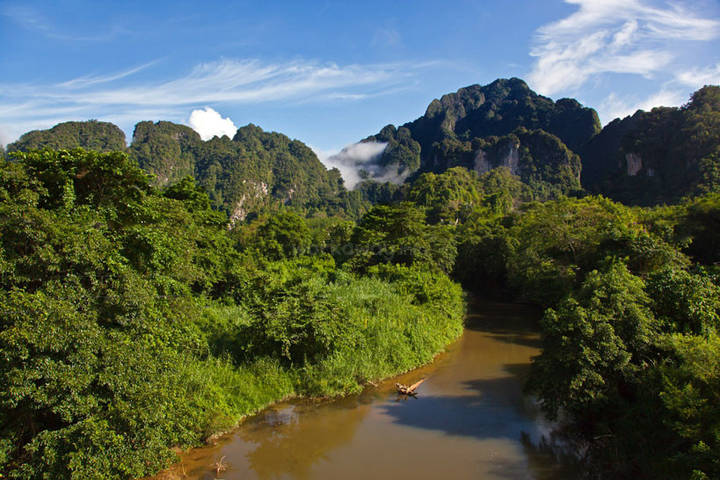 In the jungle silence doesn’t exist. Always something screeches, whistles, wheezes, screams, cries, chirps, hums … The less the human noise, the greater the variety of sounds. Especially at night. When the sun goes down, the many inhabitants of the jungle come to life. You can’t see them, they are hidden in the dark, in the trees, they are too small, too agile, alike in colour to branches, leaves, plants. But they don’t let you forget about them. You close your eyes, and right over your head something unspecified is eating up a bamboo beam, a part of the roof above your tent. Down the river a party starts: tiny and large animals go to feast. Sometimes, the dog – the only companion within a kilometre – starts barking, and you hope it’s just enough to scare off whatever triggered its reaction. 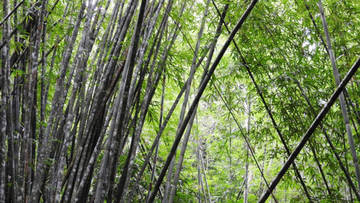 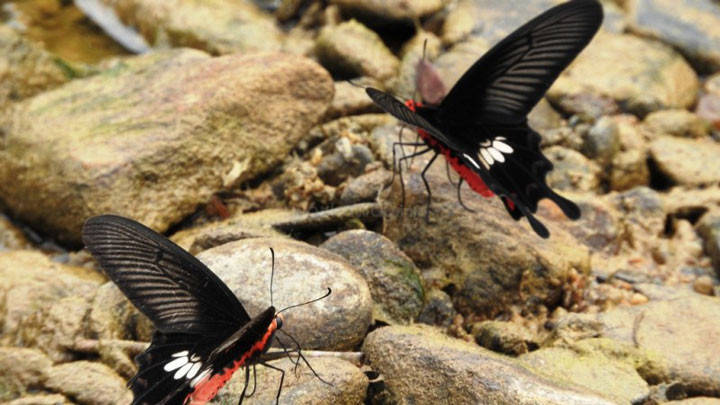 You have to let the jungle live its life, do not interfere. Locals say the jungle is completely safe, you only have to follow its rules. Probably they are right, but they know the rules from their childhood while we have to learn them from the very beginning and we better be fast. Which spider is dangerous? What do you do when a snake hangs from the branch over your head? The fish that eat your skin in the river, does it just make a pleasant massage or it is something you better avoid? Which plants shouldn’t be touched? What is eatable and what poisonous? The last question may be particularly interesting as locals eat things that we would not even touch. Every day some food appears “out of nowhere” and that’s a great reason to celebrate. Fish, worms, fruits – nothing is wasted. Hiking in the jungle toward the waterfall was a great experience as each step we learned something about the use of a particular plant. As an herb, as building material, those leaves can be used instead of the Red Bull, and those are great for tea or to smoke.
Each inhabitant of the jungle has so great knowledge as well as energy. Two weeks with them was one big lesson of life. Of nature, of values, of community. Lesson which with most outside tour companies you would never get.

The jungle, as much as nature everywhere in our planet, is suffering. Soon, experiences like the one described above would be no more than mere memories. Community based Ecotourism is one of the few alternatives if we want to keep places like that alive for the years to come.

BIG THANKS to Workawayers Anna and Andrea for letting us republish this blog post.
You can read this article on their travel blog or follow their adventure on their Facebook page.

Join Now
Categories
Travel PhotosWorkaway NewsTravel StoriesHost of the MonthWorkawayer of the MonthInspirationTravelling TipsUsing WorkawayWorkaway AmbassadorWorkaway Foodie
Latest Posts
From Mental Health to Minimalism, 12 Podcasts to Inspire and Inform Your Next Travel Adventure The Call of the Jungle: Wildlife rehabilitation in the unplugged Amazon Why it’s never too late for a grown up gap year Travel photography - "Huskies everywhere" (Inari, Finland) Digital Nomad Life: Honest secrets + Top tips from a full time traveller