Meet the father who enjoyed Workaway so much, his son followed in his footsteps!

This month we were fortunate to chat with Kenneth, who deserves not only Workawayer of the Month, but Workawayer of the DECADE. That’s right – he’s been part of the Workaway platform since 2010, so we had the impossible task of trying to squeeze 10 years of travel into a 10 minute chat.

From hostels on the beach in Puerto Rico to meditation centres in Taiwan, it’s hard not to feel inspired to pack your bags after listening to Kenneth’s experiences. Not only has he travelled all over the world, but he’s encouraged his sons to follow in his footsteps with them also joining the Workaway community!

If you’re on the fence about trying Workaway for the first time, Kenneth is proof that even after a decade of adventure there is still more to see, so don’t delay in taking that first step! 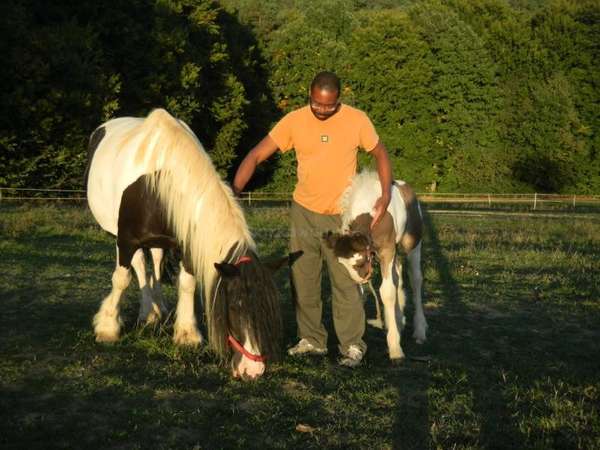 Hi Kenneth, let’s jump right into the first question. Where in the world are you at the moment? Are there COVID-19 restrictions, if so, how are you finding it?
Kenneth:
I am in a small town in Taiwan. I've been in Taiwan for about a year and a half, but I've been living in this town for a few months now. I think Taiwan has probably been one of the safest places in the world to be living this past year with COVID-19.
We haven't had any lockdowns or those types of things. There have been some limits to the number of people in certain places. Everyone must wear a mask, seating is reduced on public transportation, etc. But really, that has been the only thing.
Nothing is closed. No curfews. None of that has happened. More or less go on as normal. 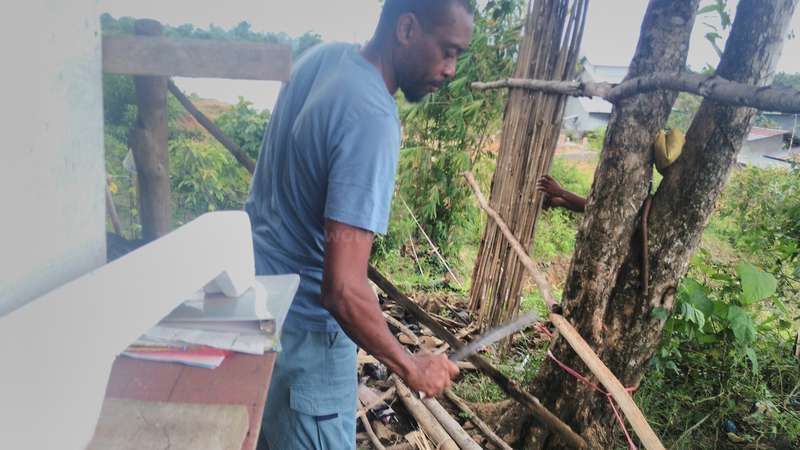 The perfect place to be!  How did you first discover Workaway?
Kenneth:
I discovered Workaway because I also used to use Couchsurfing. One of the first couchsurfers I ever hosted, came to me from a Workaway and told me about her experiences.
It sounded amazing, and in fact, I was new to Couchsurfing at the time, but I just thought, this sounds even more amazing! I knew right then it was something I wanted to try.
I signed up immediately - I don't know if it was the same day, but really soon after that. When the first opportunity came along to travel around three or four months later, I did my first Workaway.
On your profile, I noticed your first Workaway feedback was in 2010! I thought that was so amazing, you have been using Workaway for 10 years!
Kenneth:
Yup, I’m an old timer ha! 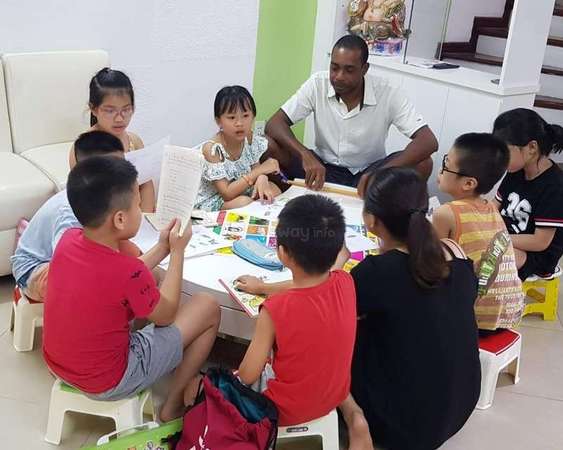 Do you think a lot has changed in that time? Do you feel the Workaway community or travelling mindset has evolved a lot in those 10 years?
Kenneth:
Not a lot of differences really. With the hosts and experiences I've had, not a lot has changed. However, after talking to hosts where I've been, they've seen many changes in the type of requests they're getting.
For me, probably the only effect is that I see hosts are a little more cautious. Maybe they are a bit clearer and more specific about what they expect because they feel a little burned from previous experiences.
For me, that's fantastic as I like to be clear and upfront. I like to have flexibility of course, but for me, I think it's better not just for the host, but also for the Workawayers to be very clear upfront. Hence, you know what is expected from both sides. 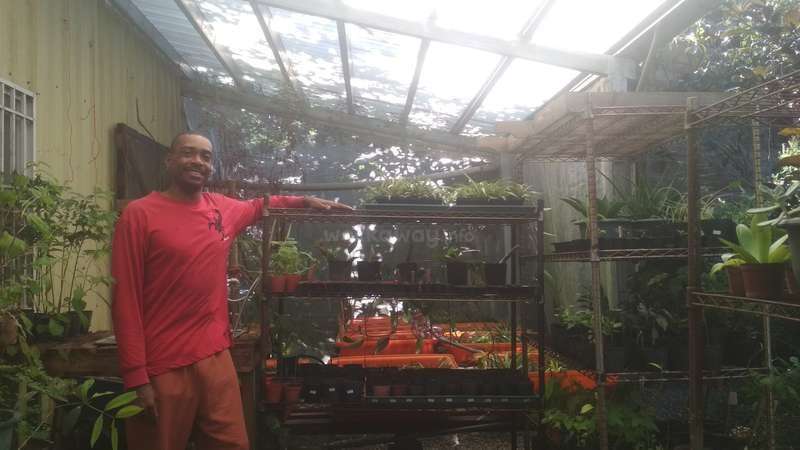 I agree. Would you ever think about becoming a host yourself?
Kenneth:
Yeah! In fact, I’m still in contact with so many people that I volunteered with, and they know that one day I'm going to buy a piece of land somewhere. I'm going to set up my own little permaculture homestead on it where I'm going to build with only recycled and ecological materials.
I've tried to get a lot of experience doing these things in some of the Workaways that I've done. I've met people who are already interested in staying and they all say “let us know when you get this place” “Have you got your place yet?” “We're coming! we're coming!”
So I have a long list of Workawayers already lined up.
I Love that! You already have a waiting list. You have so many unique experiences featured on your Workaway profile – from teaching in Taiwan to hosting solo art exhibitions in Spain. Do you have a highlight? If you were to choose one standout Workaway experience, what would be the one that comes to mind?
Kenneth:
I mean, they have all been amazing. From the first one, I haven't had a bad experience. Of course, they have all been different, some are better than others, but I haven't had a bad experience.
The one that always comes to mind when I'm trying to convince new people about Workaway (which I do frequently) was actually here in Taiwan. Before I lived here, I spent three months here working online and travelling. During this time, I spent around a month each with two different Workaway hosts.
One of them was a Buddhist, yoga & meditation retreat that also had a permaculture farm which was still in the early days of being developed. The idea was to produce things to raise money for education in the village.
It's probably the hardest I have ever worked but it was the most gratifying experience. It was five days a week, for four and a half hours a day, mostly preparing the farm. I chose to work on that side rather than at the meditation retreat centre side, because that was the experience I really wanted to get. It involved hauling wood, digging holes, building fences, this type of thing but it was just so gratifying.
A lot of it was because of the group. The host and other volunteers who were there were equally fantastic. We all took turns cooking, as we had this amazing kitchen - and I love to cook! We ate so well as everyone was experimenting and making their best dishes.
We also had amazing conversations over food. Even though we were all exhausted by the time we got to lunch because we worked really hard in the morning. Still, it was a great feeling as we were contributing to something together – it was fantastic. 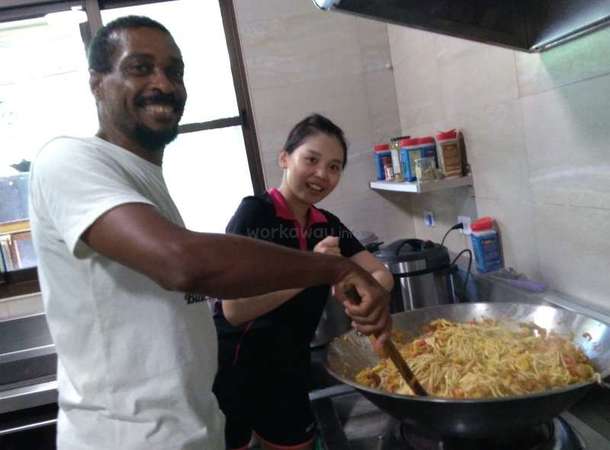 That feeling is something that money cannot buy!
Kenneth:
Yes, exactly! We were in this little village in the mountains near nothing and that tourists otherwise would never set foot in Taiwan. It was just an amazing experience overall – great local people in a beautiful area.
Oh, wow. So that was your favourite past experience, and looking to the future is there a Workaway you would love to do or a location you would love to visit?
Kenneth:
Oh there are so many! There are also some that on the surface, you think, “oh, that's gonna be amazing” For example, I did a Workaway in Puerto Rico at a hostel that was right on the beach. It was a fantastic place with gorgeous beaches and cool people.
However, at the end, you thought, “Oh, that was a great vacation”, but that is not always what I’m looking for. I prefer to feel like I have contributed to something. So I will choose Workaway experiences based on that. Although it’s great to do the other types occasionally.
I prefer those where I can look back and think I contributed something that's going to stay, such as building projects. I've done some eco-building and love those types of projects.
On one of my Workaways in Indonesia, I did some cob construction, but not a lot, so that's one of the skills I want to learn more about. It's a very tough thing to do so I want to do it when I have time to spend a few weeks to really get into it. 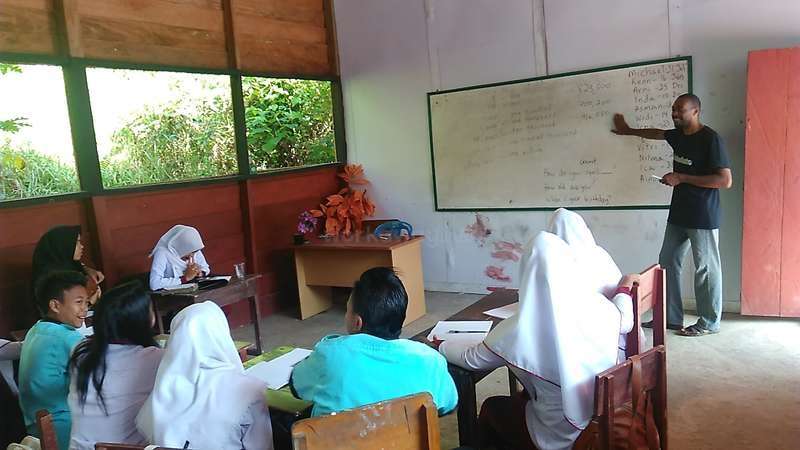 I don’t think I know what cob construction is, can you explain?
Kenneth:
It's kind of similar to adobe - so it's sand, mud, straw and water. Instead of building bricks, you make little balls and mould them into place. The best thing is how sustainable it is and so resilient to natural disasters.
It's a great way to build that I think we'll come back to in the future. I hope to build that way someday myself, so I want to learn more about it and gain further experience in that field. 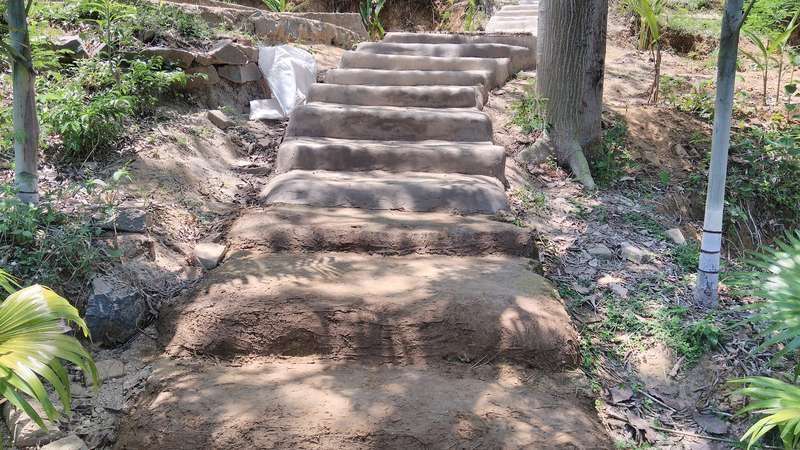 Talking of the future, I think many young people see travel as part of their future. However, before many young people start Workaway, their parents question safety and solo travel etc.
As a parent who has also travelled extensively, I’d love to hear any words of wisdom you have for other parents. Perhaps your advice for those who are hesitant to let their children travel or experience Workaway for the first time?
Kenneth:
Maybe I'm an unusual parent but this was my advice… Now my kids are adults and independent (I have two boys), but with my oldest son, when he turned 18 and was finishing high school he wasn't sure what he wanted to do with himself. We were living in Spain at the time and he wasn't sure to stay in Spain, go back to the US or go right to college.
I suggested to go travelling for a year and do Workaway. And he actually did! The first Workaway he did, was also the same place where I did my first Workaway!
So as a parent, I would tell other parents that you want to give your kids the best of everything and especially the best education. I can't imagine a better education than this and travel in general.
Travelling with Workaway allows such an amazing, immersive education on so many levels and in so many fields. 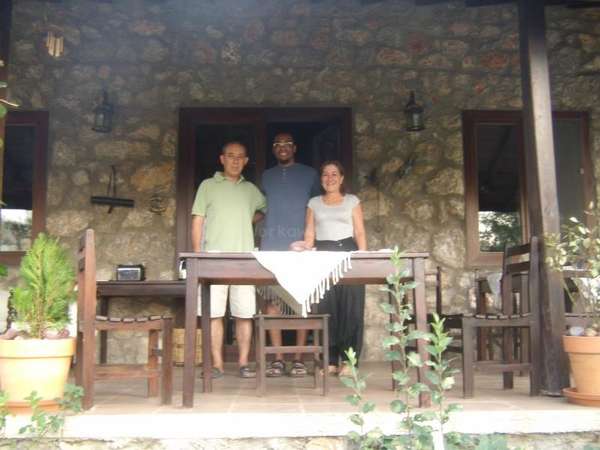 Who can disagree with that?

If 2020 has taught us anything, it’s that these experiences that money cannot buy are the most important! Whether it’s education outside the classroom or cooking your old favourites with new friends, these are the experiences that Workaway are proud to help make happen.

And as Kenneth has shared, these are the experiences that you will never get bored of and never stop learning from – even after a decade!

eco buildingWorkawayer of the month

Join Now
Categories
Travel PhotosWorkaway NewsTravel StoriesHost of the MonthWorkawayer of the MonthInspirationTravelling TipsUsing WorkawayWorkaway AmbassadorWorkaway Foodie
Latest Posts
Learn, heal and grow with this yogic community nestled in a forest valley of Australia Travel photography - "Longing for the secret sunwalked paths" The best skills to learn before you go onto your next Workaway adventure Solo, single and in your 30s: Travellers, isn’t it time you settle down? How to use Workaway to find your travel BFF

Meet the single mom who took her little one on a big Workaway adventure to pursue her dream
From the Caribbean to Colombia, meet the Workawayer travelling through her tastebuds
From traveller to home explorer: a workawayer's adventures in quarantine
Career skills I learned during my Workaways that changed my life!
How this Workawayer built his freelance career while travelling the world
This couple from Brazil truly captures the beauty of “A World Without Walls”