What is the Flyway Effect? A travelling couple charts their journey around the world

Brendon and Karson are a young couple from the heart of the United States who both grew up in small towns with families who never dreamed of travelling anywhere beyond the U.S. I found this quote on their blog and loved the story behind the name they chose to chart their journey, The Flyway Effect.

“I often wonder why birds stay in the same place when they can fly anywhere on Earth.
​​​​​​​Then I ask myself the same question.”

So how did their families react when they decided to quit their jobs and adventure around the world for an entire year? Brendon and Karson shared the scoop with me over a nice long chat where we compared stories about Couchsurfing, hostels, Workaway, and how to explain to people, “Where in the world is Missouri?” (My home state too)!

Hi, Happy Monday to you! Thanks so much for taking the time to chat a little bit. So you’re in Australia right now, is that right?
Karson:
Yeah, we’re actually staying with a host family and their two year old wanted to Skype you too, so that’s why we’re a few minutes late.
Cute! So I looked at your blog a little bit, did you start travelling in September or have you been on and off for a while?
Karson:
So we started September 9th. We quit our jobs and sold everything. We decided to go see the world while we’re still young. We took two trips together before September like a trial and error. A little test run. And then our original plan was to go until June, but we’re having so much fun with Workaway and we’re able to save so much money, now we’re going to go until November.

That sounds amazing! You must be really enjoying it if you’ve decided to extend your travels. I’m curious, what made you decide to do Workaway? Had you heard of it before?
Brendon:
We started out pretty heavy with Couchsurfing and we slowly got our way into Workaway and over the course of the last four months we’ve been more and more excited for Workaway and trying to do more Workaway. It’s just it really invests you on a local level. We like Couchsurfing because it puts us in the city center often and we can do the touristy things but I think the real experience is getting outside the city and meeting locals outside the city and spending time there.
Karson:
And they can invite you to things Google has no idea about. You can always look up “Top Ten Things to do in Australia” and everyone is going to do those top ten things but when you’re with a host, we’ve been invited to themed dinner parties, we’ve gone to these off-the-beaten-path waterfalls, I think that’s been the coolest to find those hidden places with people. It could be super easy to eat peanut butter and jelly at a hostel every night but then what do you get out of that? 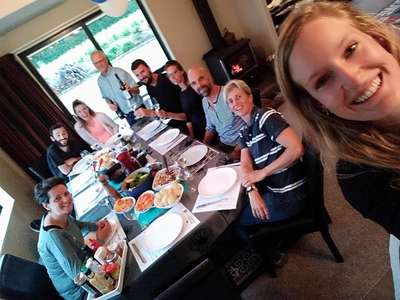 Have you found the time it takes to research a Workaway host to be challenging at all or found any shortcuts to make it easier?
Brendon:
We usually get pretty good communication with Workaway. With Couchsurfing, I could send twenty-five messages over two weeks time, for example in Melbourne. And I think twenty people didn’t respond and four of them said, “No.” And one said “yes.”  But the majority of the time, you at least get a response from Workaway. Like within three or four days. I think most often, I’m more overwhelmed with how many options there are. The more we do you just kind of tend to learn what you like to do and what you want to learn and personal preferences so that helps narrow it down. 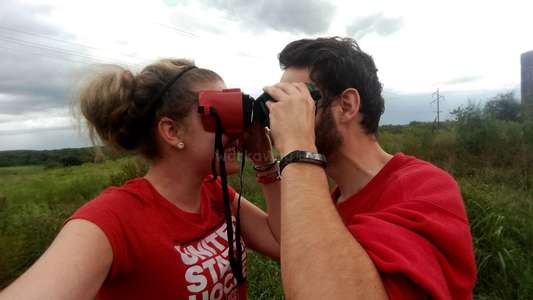 So do you have the rest of your trip planned out or do you have a certain route you’re planning to take?
Brendon:
We’re really big planners, we like to plan everything and know what to expect, which I think is good, but it makes things difficult when too many things are planned because one thing gets affected and it’s kind of like dominoes…so we’re learning to be more flexible and more “go with the flow.” What we do know is that we need to be back in Belgium by the end of July for Tomorrowland which is on our bucket list.
Karson:
We honestly wouldn’t be in Tasmania if it weren’t for Workaway. It was never on the plan or list, but other Australians kept saying that Tasmania was really high on their bucket list and so we said…that’s it, we’re going. Just the other day, our host took us to “Eggs and Bacon Bay” and it’s literally a bay here in South Tasmania. And it was so cool! There were like three people there and it was super clear water, beautiful location, nobody there.

Speaking of bucket lists, you guys have a really long list! What was interesting to me is that it’s not all about travel, that’s just one section of the different experiences you want to have. Has your bucket list informed your travel and vice versa? Do you ever look at your own bucket list and think, “How are we ever going to get all of this done?”
Brendon:
It’s almost quite the opposite. I look at my bucket list and think, “Oh my gosh, I can’t wait until I actually do that and accomplish it.”  It can be quite daunting! We don’t stress over it, but we like to be proactive about it…just living our life really. If it’s not on our bucket list, it probably is on our bucket list we just don’t know it yet.
Karson:
But the coolest thing is all of our hosts get involved. Our last host, it was on Brendon’s bucket list to catch a fish and learn how to skin it and eat it and everything and our host taught him how to do it. So it was like hosts all over the world are jumping on board! 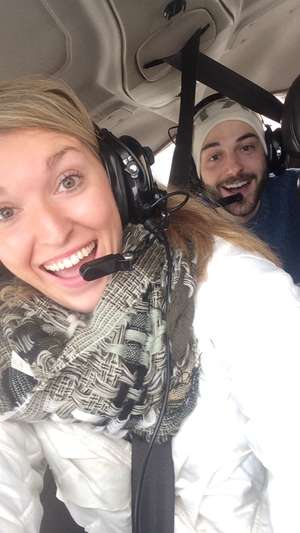 That’s awesome! So I’m curious, also being from the Midwest, I quit my job in 2013 to travel so it’s been some time but people thought it was crazy that I was going to stay with strangers, and do Workaway, etc. Did you get any of that negative feedback initially, or how have you responded?
Brendon:
Karson had never traveled overseas before, so her family, she’s from Harrisonville which has about 10,000 people. It’s a very small town, very conservative, never left the country, it was a very different story.
Karson:
I think their thought process was, “Why do you need to? You have everything in the U.S. You have mountains, you have beaches, you have national parks…” But I think our trip and our experience speaks for itself. We’ve been gone for four months and we haven’t had any issues. We haven’t been robbed, we haven’t been attacked, nothing crazy or bad has ever happened.
Brendon:
Unfortunately some of the people closest to us had a sort of negative response to us leaving, but in a way it kind of fueled us…we said this is what we want to do and we’re going to do it. So we made it happen.
Karson:
Now that we’re sending the pictures they’re slowly getting on board. They realize we’re going to keep doing it, and there’s nothing that’s going to bring us back now. 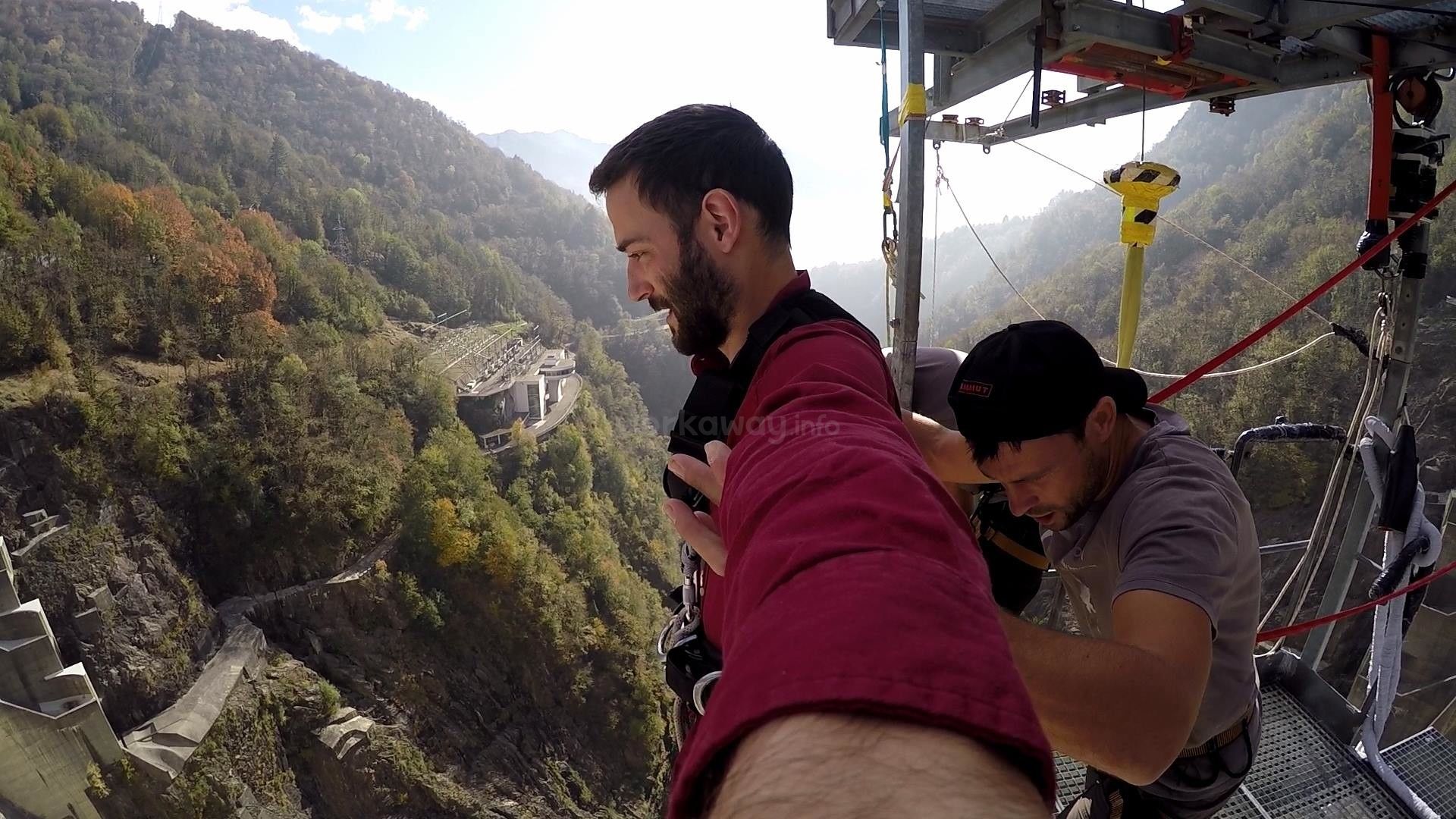 I think those stories of community and shared humanity all across the globe are so powerful for people who haven’t had that experience themselves. Knowing you and knowing that you’ve had that experience, maybe there’s a little bit of the trickle down effect. Maybe they’re going to be a little less fearful the next time they meet someone that comes from a different background or country or culture.
Brendon:
Our favorite posts are ones that challenge people. They’re sitting at home thinking, “Oh they’re going to post this touristy thing…”
Karson:
But we post something like “Eggs and Bacon Bay!”
Brendon:
A good example is hitchhiking. When we were in New Zealand we hitchhiked for the very first time. It was the best experience we ever had, it was phenomenal. We met the best people! Which is quite the opposite to most people’s thinking. Everyone was like, “What, hitchhiking? You could get robbed, you’re gonna die!” All these terrible things….and we kinda made a big joke about it but it was one of the best experiences we had. 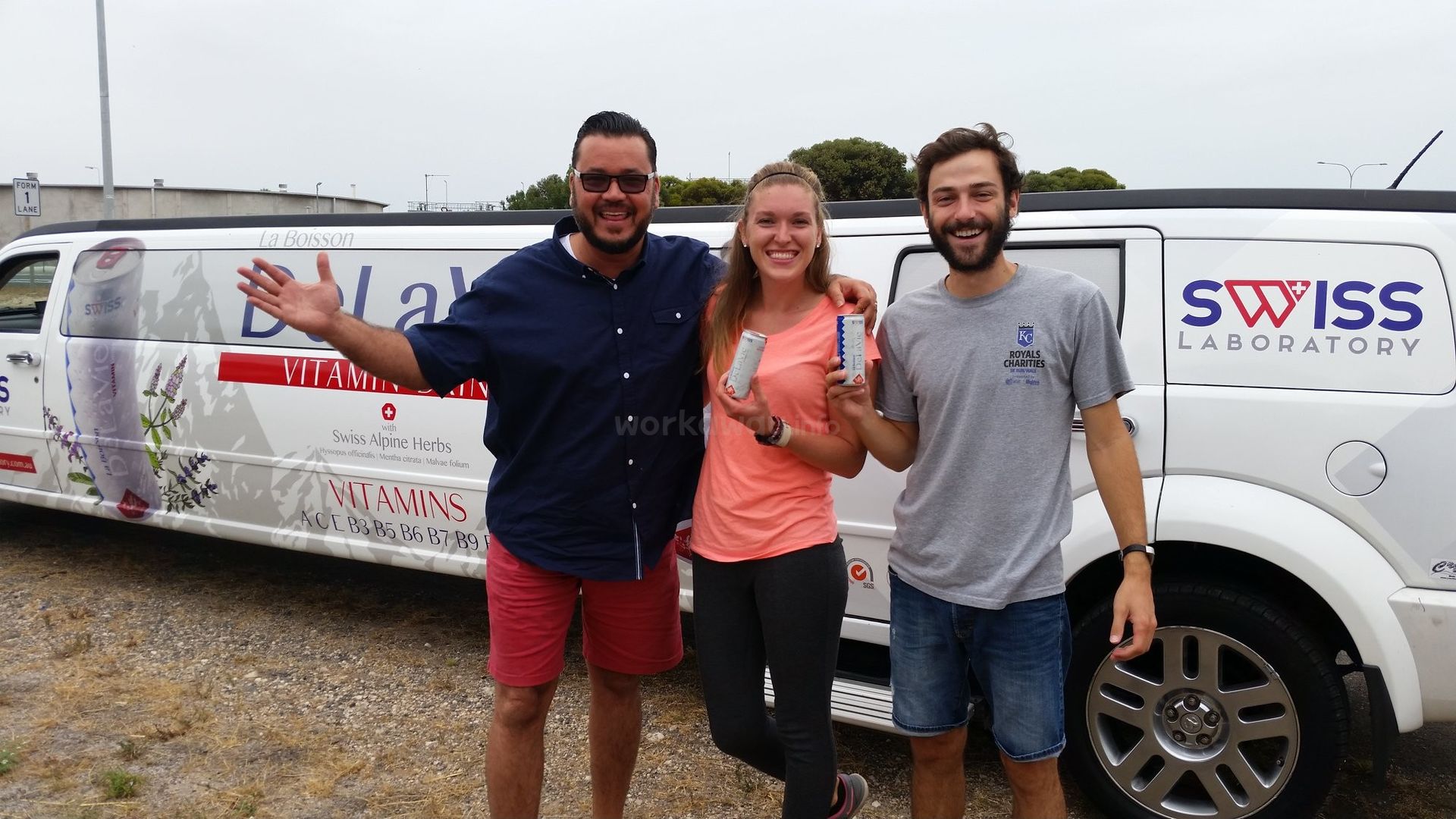 That’s great! So I wanna kinda wrap up and ask maybe one more thing. What has been the biggest challenge for you as a couple on the road? Obviously you’re having a great time and want to extend your travels, but have there been any ups and downs?
Brendon:
Everything is a challenge! But everything is a fun challenge. As far as our relationship, we’re always running into the next new big thing, but it’s a healthy challenge. If we’re never being challenged, maybe we don’t really know who we are.
Karson:
When we get frustrated, we just remind each other, “I’m frustrated in Sydney, Australia.” Or, “I’m lost, but I’m in Venice, Italy, so it’s alright.” 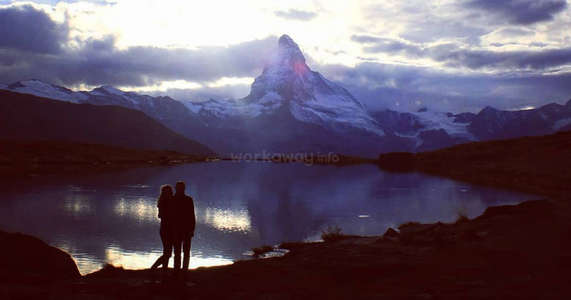 Such a good point to remember! It’s definitely all about perspective. Thank you both so much for sharing your experiences, I really enjoyed our conversation. I know a lot of people will be able to relate and also be inspired by your travels. When you’re back in town, we’ll definitely have to get coffee!

To follow along their adventures, make sure to check out their blog, the Flyway Effect! Do you want to be our next Workawayer of the month? We are always on the lookout for inspirational Workawayers who have a great story to tell! Email us over and you could be featured next!