The best way to explore the world is through hands-on exchanges!

At Workaway we absolutely love getting to know you all whether it be meeting on the road, hearing stories through emails or by actually going on a Workaway trip ourselves. We couldn’t be prouder to be involved in such an inspiring community of travellers!
You would have seen our  ‘Workaway Host of the Month’ feature we recently started which introduces you to some of our amazing hosts, but you didn’t think we would ignore the ones that are actually going out there and helping make a difference did you?

We are so excited to be running ‘Workawayer of the Month’ along side ‘Host of the Month’ bringing forward into the spot light the ones making it all tick. So without further a do lets welcome the first WAyer of the month Jamie Nicolson:

1. Hey Jamie thanks for letting us interview you this month! Can you tell us more about your last Workaway exchange and what it involved?
Jamie:
I was staying with a family in Eauze, a small rural village in the south of France, halfway between Bordeaux and Toulouse. Fiona, Gary and their son Toby had moved over from England a year and a half before. This was my third Workaway exchange and I did quite a few things I hadn’t done before. My days were most commonly filled with some lawn mowing or grounds keeping (it was a huge property), and then a nice afternoon in the pool. But I did a lot of other varied things too. I built a gate from scratch. We modified and extended a tree house (Including cutting a spiral staircase to the shape of the tree). I made a new tiled splashback for the kitchen. I had never tiled before! It was a great mixed of general maintenance and special projects. 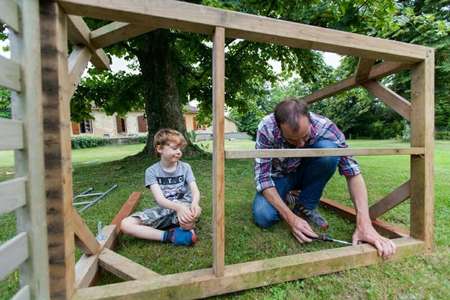 2. Sounds awesome, so you did 2 other Workaway exchanges before this one, tell us about those?
Jamie:
Before doing Workaway in Eauze, I had done 2 other exchanges, both in France. I stayed in an amazing 4 story château near Angoulême, which is a city known for the international comic festival. Here I tended the animals in the morning and renovated the château through the day. Feeding goats, chickens, rabbits, pigs and horses was always a nice way to wake up. And painting the walls of a once nazi occupied castle in France was something I won’t shortly forget. After that I went slightly further north to a small town called Ruffec. This was a very hands on exchange. I helped to construct a pool by pouring concrete. I hand shovelled and then compacted 16 tonnes of gravel over all the the paths on the property. We started the process of pointing the rocks which the old walls of the barn were constructed from. And over the course of my stay I kept on top of a large area of grass. So far all of my experiences with workaway have been different, and all really fun in their own ways. 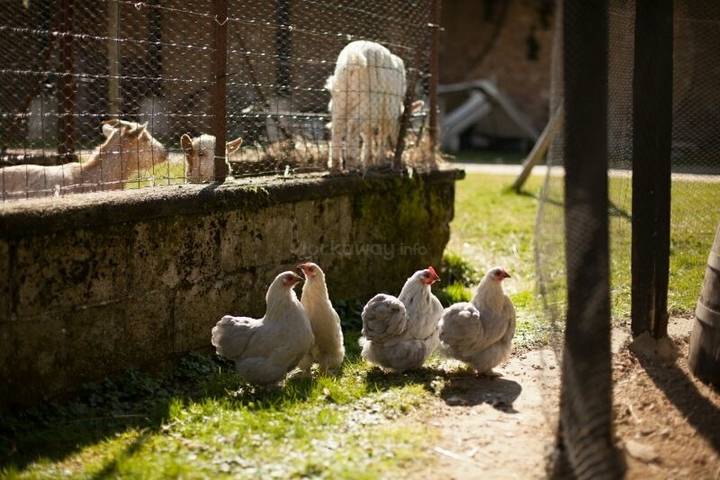 3. It’s great to hear you have learnt so many skills, what was it that made you choose Workaway?
Jamie:
The main reason I chose to travel using Workaway is simple. I wanted to meet people, to be exposed to the actual culture and not the carefully constructed tourism facade. I personally don’t want to just see the world, observe it, I want to participate in it. If all I was going to do was follow a tour guide and watch the world happen, I might as well have not left home. Instead, it would be a lot cheaper to just turn the TV on and watch a travel show. Having been to several memorable events, Workaway has fully delivered on this front. Including an invite only lunch hosted by the local hunting society, where no one spoke English and I was only able to speak a very little French. Where we drank homemade wine from reused water bottles and ate several courses of a spit roasted boar, which they had caught for the occasion. I feel like I have definitely seen and done things which I wouldn’t have if I wasn’t using the Workaway exchange program. It’s a very happy bonus that it also greatly reduces travel expenses! 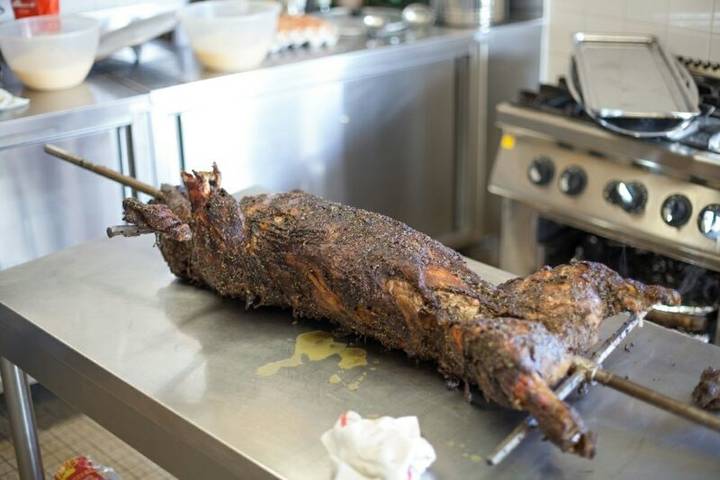 4. That makes us so happy to hear (and slightly jealous about the homemade wine) How have you found travelling through Workaway different from other kinds of travel?
Jamie:
For me, Workaway is different from backpacking or other forms of travelling in a few ways. As I was saying before, I feel like I’m living in a country when I use Workaway, not just touring through it. I feel like I’m fully experiencing the locations I visit, not just viewing them as a bystander. With that said, I still want to see as much of the world as possible. So between my Workaway exchanges I have been travelling for a week or two, staying in hostels. For me this is a perfect balance of the fun/tourism/partying to unique experiences/cheap travel ratio. I prefer stay a minimum of 4 weeks on a Workaway. I have always been asked to stay longer, and have extended my stay to 6 weeks twice. 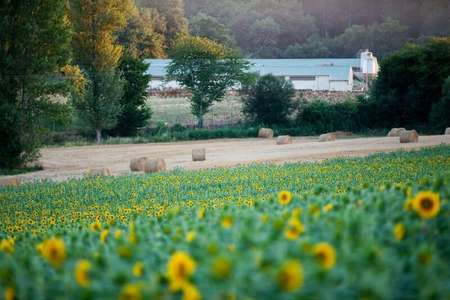 5. What is the most valuable lesson you have learnt through cultural exchange?
Jamie:
My most valuable piece of advice, or lesson learned is that people are all just people, no matter where they are, or where they come from. 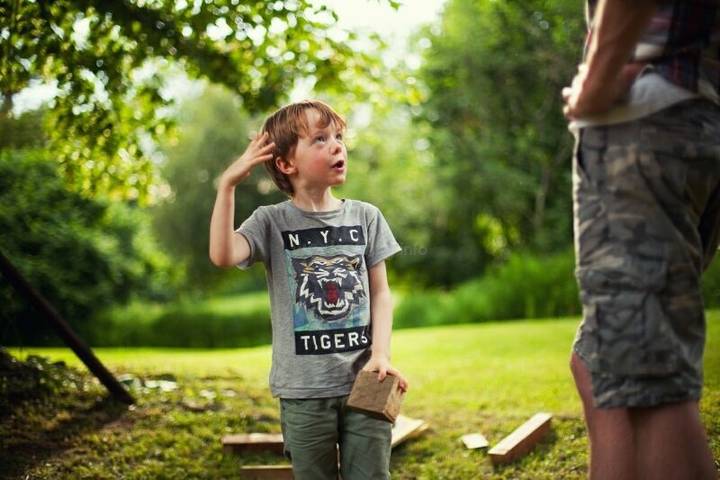 6. Have you had to overcome any obstacles while on Workaway? How did you overcome them?
Jamie:
I’ve been lucky so far whilst travelling, in that I haven’t yet had any big problems or mistakes.In 8 months. I was under the impression it was all a part of the experience and was almost a rite of passage for those who decide to wander. A pivotal moment where I would learn to go with the flow. The worst I’ve done was miss a train and have to wait 5 hours for the next one, which ended up benefiting all involved. My hosts didn’t have to drive to the train station so early to receive me. And I got to finish watching the Matrix trilogy. 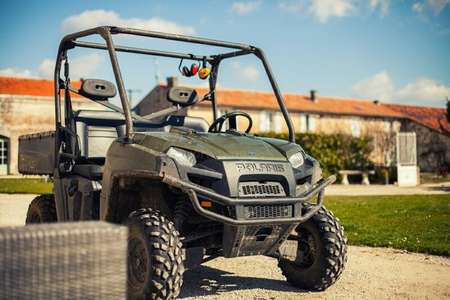 7. Definitely a staple in most travellers hard drive! What is the funniest thing that has happened to you while on a Workaway experience?
Jamie:
The funniest thing to happen to me while Workawaying so far would be a bit of a toss up. It could be the many memories of beer fueled late nights and unsavoury jokes spent at my second placement. Or the tail hole customized underpants that we put on one of my third hosts dogs after he had the snip. Or it could be the suspiciously lively conga line, 3 pugs long at my very first exchange. There are far to many highlights, there’s no way I could pick just one. 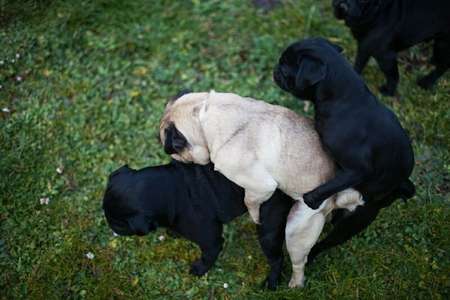 8. A conga line 3 pugs long?! Sounds entertaining! Is there anything you wish you brought along with to France that you didn’t?
Jamie:
From my experience, having done a lot of outdoors and physical work, I would really recommend a solid pair of shoes/boots. Ones that you don’t mind getting dirty and are easy to clean. Aside from that I would just say bring an open mind. You don’t know what you might be capable of if you don’t give it a try. 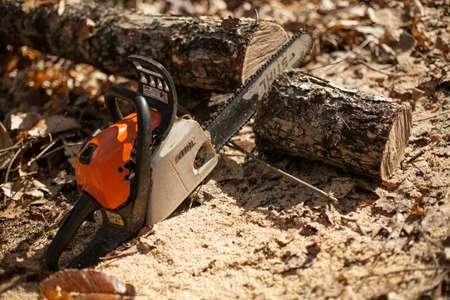 9. Do you have plans to do another Workaway? What kind of work exchange would you be interested in doing?
Jamie:
I will be looking to do many more Workaways after the next 7 weeks with my friends. Before I left Australia, I sold my house and quit my job. So now that I have nowhere to be, I will keep using Workaway until I find somewhere that I might like to stay for a while. 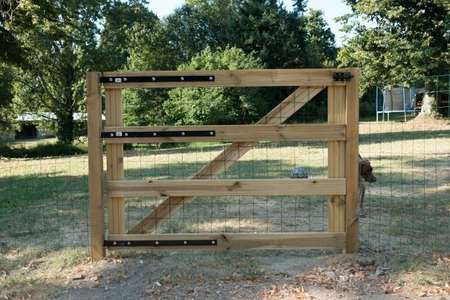 10. If you could give any advice to new Workawayers what it’d be?
Jamie:
My first advice is to DO IT – don’t just think about it. You will make memories that will last your lifetime. Generic advice aside, I would suggest that you have very clear communications with your hosts before committing. Ask about workload specifically. Even if their page says 5 hours per day, once you arrive they could expect more (from my experience). If you have organised it all beforehand then you won’t have any unwanted surprises 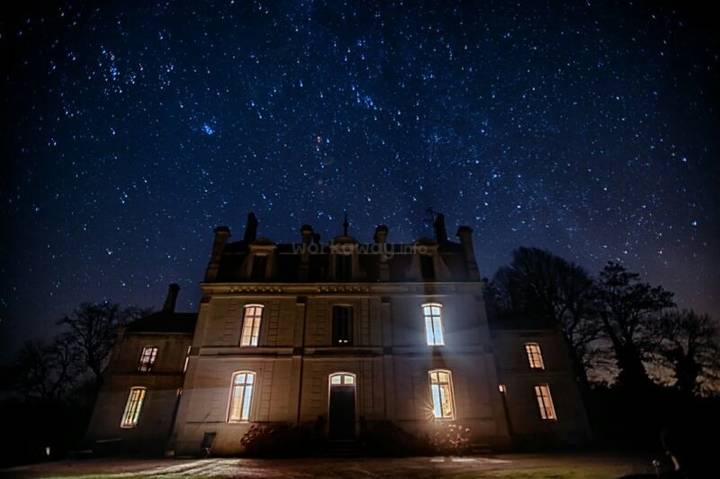 Looking forward Jamie plans to Workaway his way across Europe while taking in as much of the continent as possible. He doesn’t know how long he will travel for, but hope he doesn’t ever have to stop. You can follow his progress and journey over on Instagram or  YouTube.

Thanks to Jamie for sharing with us his stories, we can’t help but want to get on the next flight over to feed animals and spend chilled afternoons by the pool!

Want to share your stories with us? Email us with the subject line “WAyer of the month”!

Join Now
Categories
Travel PhotosWorkaway NewsTravel StoriesHost of the MonthWorkawayer of the MonthInspirationTravelling TipsUsing WorkawayWorkaway AmbassadorWorkaway Foodie
Latest Posts
How to use your skills to travel the world for free: meet Leo, our Workawayer of the month How to travel the world as a language teacher What is it like to Workaway as an older traveller? Travel photography - "Dance Paint" (Bálványos, Hungary) Meet the couple making the most of their mid-life with their Workaway adventures!

Join Now
Falling In Love While Travelling
Bringing the world to your classroom: English school in Tatal, Chile
Workawayer Login
LOGIN WITH FACEBOOK LOGIN WITH GOOGLE