Come to our family and learn how to cook Romanian food especially Bucovina in Suceava, Romania 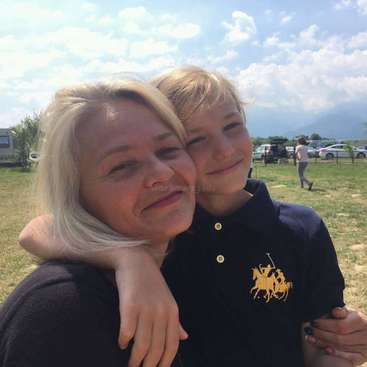 20/03/2020
Dejado por el workawayer (Leo) para el anfitrión
Tania and her family are incredibly friendly. I felt at home almost at once! I helped Theo with some English, we played some games, I also enjoyed sharing my baking skills with him often :) In addition to some pruning and the occasional wood collecting.

The place is situated in a quite village yet not far a nearby town called Gura. The fir trees… read more in their back garden are just enchanting! Not to mention the cute cats :) Thank you and hope to see you soon :)

Solo puedes ponerte en contacto con workawayers con membresías activas.
(Excelente )
12/01/2020
Dejado por el workawayer (Felipe) para el anfitrión
Tania and Theodor thank you for receiving me in your home, you are a beautiful family, you treated me very well and I felt very happy in your home. Being at your home and helping with household chores was a very pleasant experience for me. It was also the first time I ate authentic Romanian food and I really liked it. I think you are all a… read more wonderful family and for me it was an incredible experience. I want to be part of your family and I hope to return soon.

Eco-gardening and bee keeping project in the beautiful south-east of Sardinia, Italy
(3)

Welcome to West Cork, Ireland Help me with gardening, making, repairing and some creative endeavours
(7)

Help our family of five, living in a farm in Dalcahué (Chiloé Province) Chile
(4)