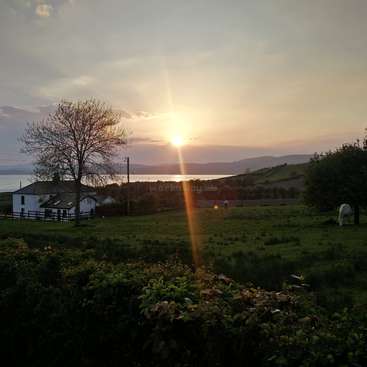 Comentário feito pelo e sobre o anfitrião (5)
18/06/2019
Feito pelo anfitrião para o Workawayer (Tobias & Charlotta)
Charlotta and Tobias were a delight to have in our home, they are extremely easy to live with and are very tidy. They are hard workers with positive attitudes, independent and always taking initiative. They did lots of different jobs from gardening, planting, painting, varnishing, to helping fix the chicken coop door! We enjoyed evenings talking… read more over dinner about life and the different interests everyone has, it felt like they were part of the family for the time they stayed with us! We would recommend them to any host! All the best for the future! x
(Excelente )
04/06/2019
Deixado pelo Workawayer (Tobias & Charlotta) para o anfitrião
We have spent almost 3 weeks with Hannah and Dominic and this time could not have been better! We do not know where to start.. Hannah, Dominic and their whole family welcomed us more than warmly and openly. In addition to great conversations with a good wine, they have had always good tips and routes for us to explore the beautiful Inch Island and… read more the surrounding area. Also our swimming and climbing afternoons with them were a lot of fun. Moreover they were wonderful cooks and made us very tasty soups and curries. It was also a pleasure to work for them; from painting tasks, gardening, to small building tasks, everything was there.
They were our last stop in Ireland and rounded off our great journey.
All in all, Hannah and Dominic were wonderful hosts as we can not recommend them highly enough.
We thank you again for everything and have enjoyed our stay and the time with you very much and looking forward to see you again someday.
We will miss you guys!

Só é possível entrar em contato com Workawayers com assinaturas ativas.
(Excelente )
23/05/2018
Deixado pelo Workawayer (Emma & Dessie) para o anfitrião
We stayed with Hannah and Dominic for about 10 days and it was wonderful! Inch Island is breathtaking and their family farm is beautiful. We tackled a big painting project and it was fun to work together with the whole family and complete a task. They were flexible with which hours we worked since we had to capitalize on good weather, and when the… read more weather was too wet to paint, they showed us around the island and the surrounding area. Hannah and Dominic made us feel welcome and at home and we really enjoyed getting to know them, their cat, and their whole family!
Só é possível entrar em contato com Workawayers com assinaturas ativas.
(Excelente )
22/05/2018
Feito pelo anfitrião para o Workawayer (Emma & Dessie)
Having Emma & Dessie stay with us was an absolute joy!!! We were so sad to see them go :,( It was so nice to have them in our home and whether baking bread & scones together or painting fences, clearing scrub, painting the house, it felt like we had lots of fun while getting lots of stuff done. We're already hoping to see them again when we get to… read more the US on our own travels :)
(Excelente )
05/12/2017
Deixado pelo Workawayer (Friederike) para o anfitrião
Hannah and Dominic are the most lovable couple I have ever met and they extended a very warm welcome to me. There was not so much to do so they showed me all the beautiful and interesting places in the surrounding area and we had much fun cooking, talking and drinking wine together. The landscape on Inch Island is absolutely beautiful wich helped… read more me a lot, together with Hannahs and Dominics warm hospitality, to find my inner strength again. There is nothing more to say than thank you and I will see you for lamb season :)
Só é possível entrar em contato com Workawayers com assinaturas ativas.
(Excelente )
Para fazer um comentário, acesse sua conta e garanta que ela esteja ativada.
Segurança do site
Nº de ref. de anfitrião: 936582146133
Férias em casas de família, voluntariando e trabalhando em IrlandaFérias em casas de família, voluntariando e trabalhando em EuropaFérias em casas de família, voluntariando e trabalhando em UlsterFamília IrlandaFazenda IrlandaÚltima hora Férias em casas de família, voluntariando e trabalhando em Irlanda
Para falar com um anfitrião, acesse sua conta com seu usuário e senha ou cadastre-se em workaway.info.
Minha lista de anfitriões0
Dê Workaway de presente
Saiba mais

Help with childcare, yard and housework, videography and photography near Tübingen and Stuttgart, Germany

Join my project based around my self-sufficient home farm in the valley of Guimar in Tenerife, Canary Islands
(3)

Join us at our non-profit science and arts space in the Pyrenees, Ariège, France
(12)

Help out with our garden and family in rural Brooms, in ​​the State of Rio de Janeiro, Brazil